Curriculum for homeschooling can be expensive, but it doesn't have to be. I may choose to buy a more formal curriculum at some point but for now we are doing fine without it.

Jonah has been going through a workbook that I picked called "Big Math 1-2." You can find it at most local book stores for around $10, but I found mine (last years version) at Ollies Bargain Outlet Store for half that price. The workbook is divided into sections. Depending on the subject, I can go over a concept and then he can complete a page or two on his own. Sometimes, I need to have more involvement. Other times, it is exciting to see him read the instructions himself and figure out what to do. (I will say, workbooks are easier once a foundation in reading has been established.)

Another great teaching tool has been ThinkFun Math Dice Jr. It was recommended to us by friends (the Burns Family) and over the last few weeks we have played it nearly everyday. Math Dice and Math Dice Jr. can be bought at most game stores or online for around $8. In this simple, compact (i.e. travel friendly) game, one 12-sided number die and six traditional dice are rolled. The resulting numbers on the traditional dice are added or subtracted (or multiplied) to get the number showing on the number die. Initially my strategy was to simply wait until Jonah found a solution and then I would come up with another using the left-over dice. After a while he got good enough that I had to switch it up and take away the easiest option so he would be forced to think of a more challenging solution. He nearly always wins in this scenario which is the best motivation for him to play; he is usually the one who initiates. (When it comes to games, the apple doesn't fall far from the tree as they say.) The most important thing is he's learning, and it is really fun to see the progression.

We have worked on some simple addition and subtraction with my 5 year old. Elisabeth wanted to be taught how to tell time on a clock face so we've worked on that a bit. She is nearly finished with the "Teach Your Child to Read in 100 Easy Lessons" and is starting to read books now. So, I decided it was a good time to get more deliberate and focused in teaching her math as well, but with a tool more appropriate for her age. After looking at several options online, I decided to pay $12.33 for Math Made Easy: Kindergarten Workbook (Math Made Easy) from Amazon. It looks to be at the right level for her which is important; it helps build their confidence as they learn.

I know it doesn't sound like "school," but playing board games is a great way for kids to learn math (and many other topics depending on the game). As much fun as we can squeeze into learning the better. But sometimes, sitting down and simply working at something is good too. 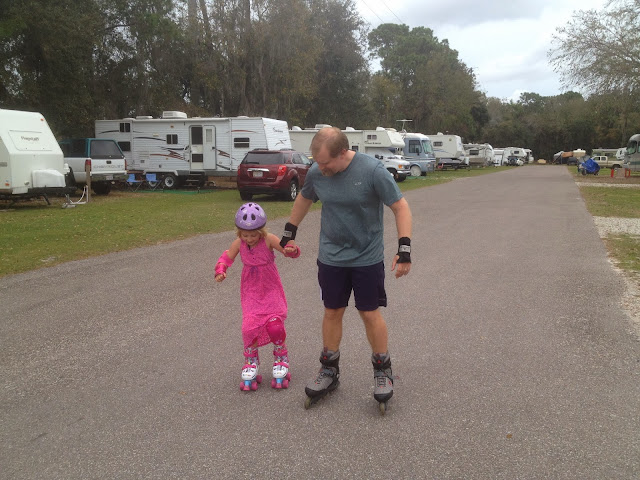 Elisabeth received roller skates for Christmas and has only been on them a handful of times. Recently, she gave it another go. You can hear her say, "I'm doing it, I'm doing it," and "This is fun." I love her adventurous spirit and even when she does fall she takes it in stride as if it's part of the fun. With Daddy there with her, she's not afraid and get's right back up.

The fact that her dress matches her knee and elbow pads was a total coincidence but it sure looks cute. 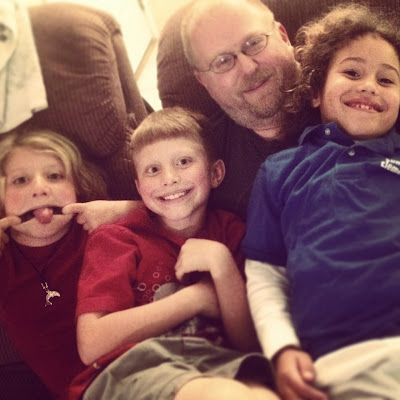 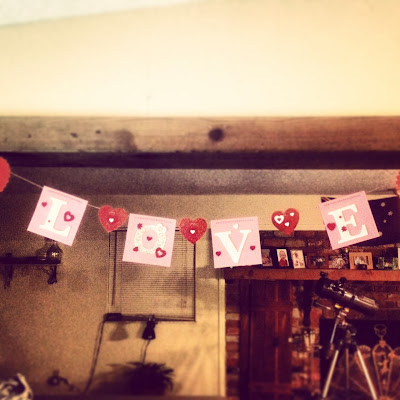