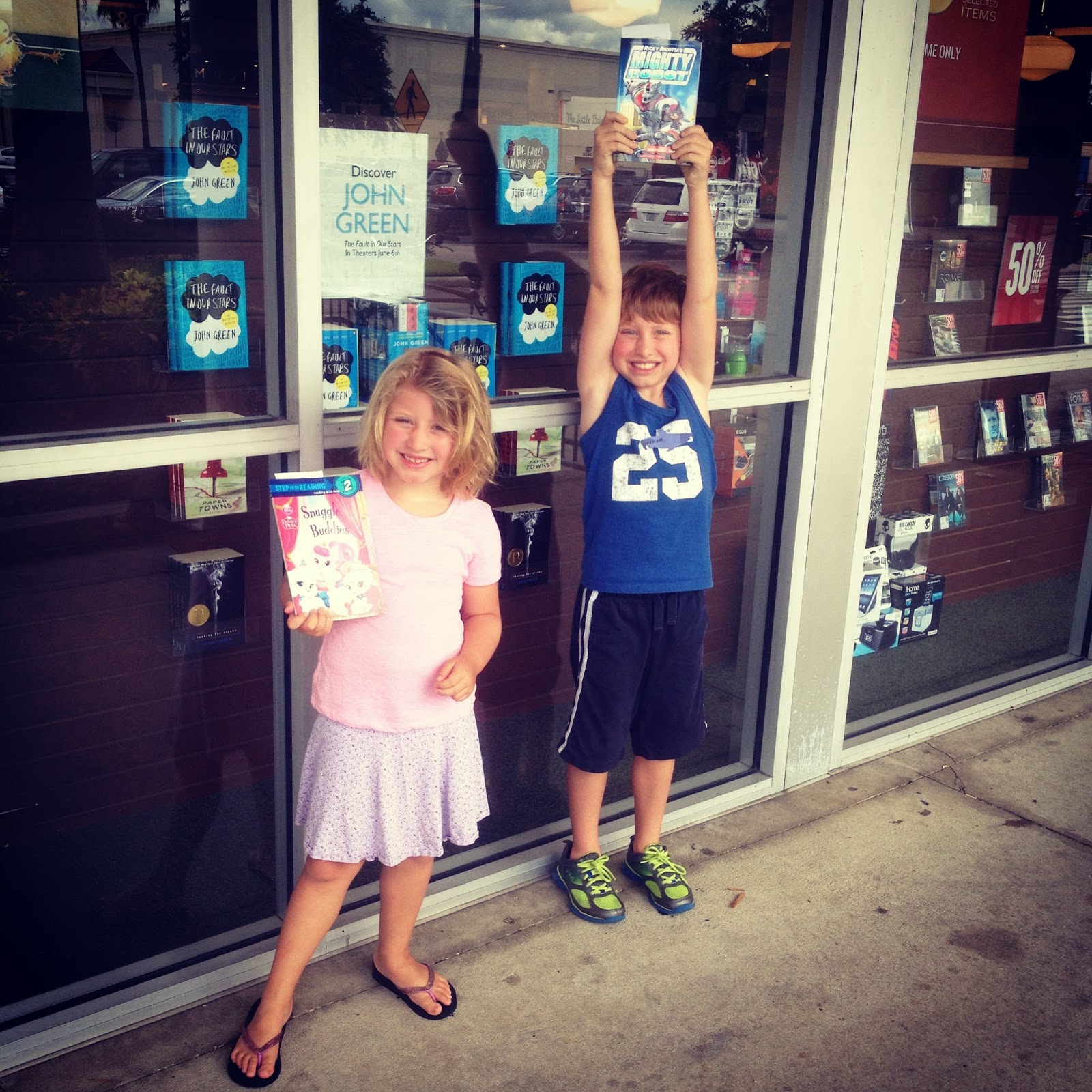 Here the kids are displaying their free books compliments of Barnes & Noble. For keeping a reading journal of 8 books, participants in the Barnes & Noble Summer Reading program can choose one book from a predetermined list. This list includes books of varying difficulty and interest so there is something for everyone.

GRADES 5 & 6
Dragonbreath by Ursula Vernon
Horse Diaries Series: Elska by Catherine Hapka
How to Train Your Dragon Series: How to Be a Pirate by Cressida Cowell
I Survived the Japanese Tsunami, 2011 by Lauren Tarshis
Masterpiece by Elise Broach
Philippa Fisher’s Fairy Godsister by Liz Kessler
Schooled by Gordon Korman
Spy School by Stuart Gibbs