During our recent vacation in the keys, we decided to take a day and ride out to Fort Jefferson in Dry Tortugas National Park aboard the Yankee Freedom III. The only other means of reaching this remote National Park is by private boat or seaplane. The Dry Tortugas is located 70 miles from the southern most tip of Florida. The area is known for great snorkeling and superb night skies (primitive camping is permitted).
Approaching by boat, Fort Jefferson appears to rise up out of the water. The fort sits on Garden Key and was initially built to protect important shipping lanes through the Gulf of Mexico. During the Civil War period, it was used as a prison. The most notable prisoner being Dr. Samuel Mudd, the physician who was convicted of being complicit to the assassination of President Abraham, because he helped set the broken leg of John Wilkes Booth. 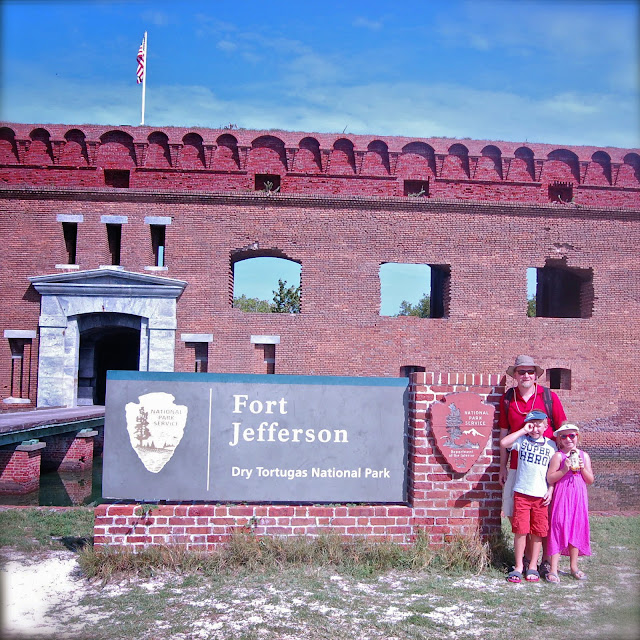 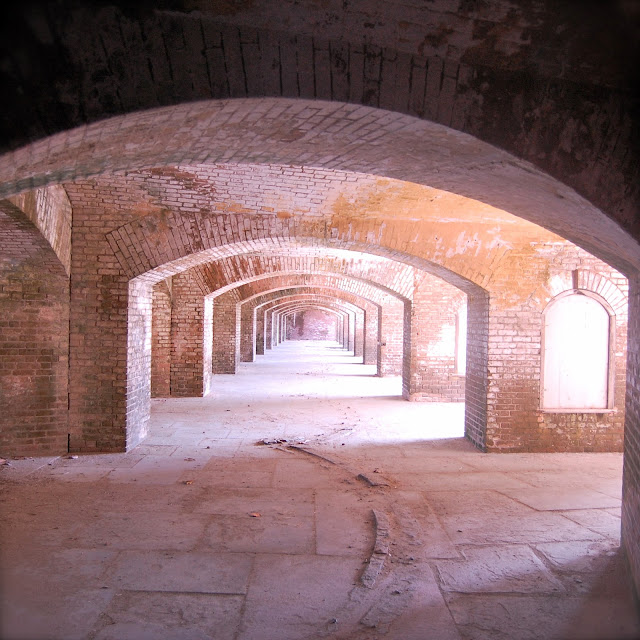 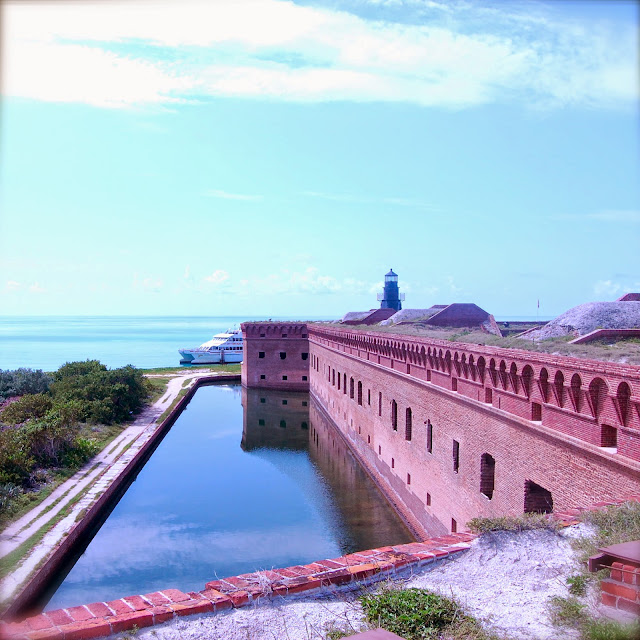 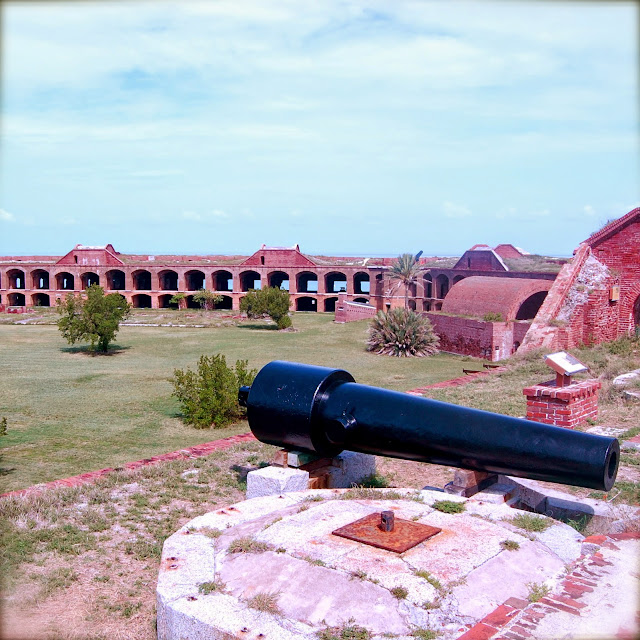 The Dry Tortugas are less than 100 miles from Cuba. Several homemade crafts from Cuba have made it ashore in the Dry Tortugas; once on US soil they are allowed to stay. We saw 3 or 4 of these boats stored in the fort during our self-guided tour. The one pictured above was the most recent craft to land here.
The clear blue waters are very inviting. So inviting that I totally forgot about all the jellyfish we could see from the boat and atop the fort.  Snorkeling just off the beach, we saw several species of tropical fish along the submerged fort wall as well as corals (including some good size brain coral) and a couple rather large conchs. Elisabeth was just getting comfortable snorkeling when suddenly we were surrounded by moon jellies. I somehow got stung but didn't mention it in my attempt to calm her and get her to shore. Moon jellies aren't known to have very painful stings but everyone responds differently. I had a good 4 inch rash on my arm that was certainly painful but not debilitating. Despite my discomfort and the numbers of jellies, my husband and I decided to swim around to the pilings, dodging jellyfish the whole way. Our efforts were greatly rewarded! I did not expect to see so many coral and fish - I felt like I was in a National Geographic documentary.

We got back to the beach just in time to change and get back on the ferry boat - we were literally the last ones on board and as a result we were relegated to the sundeck for the return trip. The kids managed to find a bit of shade. 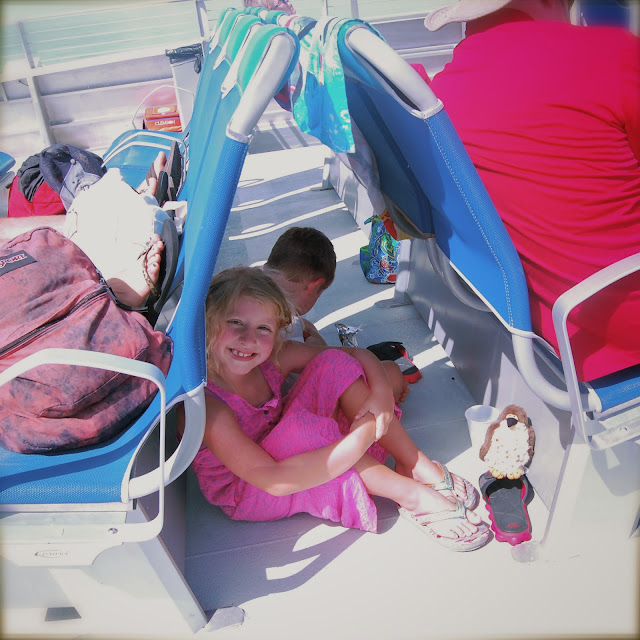 Needless to say this was a very memorable excursion and one we hope to make again.