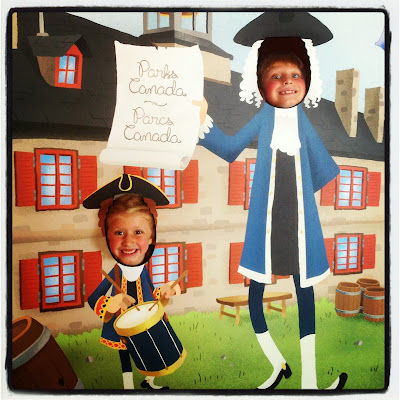 Ever heard of the Fortress of Louisbourg? Parks Canada touts this site as the largest reconstruction project and living history museum in North America. As a United States citizen, I had never heard of it. It was only after buying a Parks Canada Discovery Pass that I found out about it. And even then, I didn't realize how extensive this place was until I viewed it from the shuttle bus.


This site is of great historical significance to Canada as the two successful 18th century sieges of the French fort by the British were major milestones in the Anglo-French struggle for North American territory. This humble fishing port quickly became the richest fishing port in the North Atlantic. It's success lead France to sink lots of money into its fortification. But its isolation from the mother country and Quebec made it hard to send reinforcements when attacked.

At the end of the Seven Years War, Britain essentially demolished the fortress and it's battlement. There is a trail adjacent to the reconstructed site where the ruins are visible. The modern fortress was supposedly built with stone from the original site in the 1970's. According to a display at the Alexander Graham Bell Historic Site, he visited the ruins in the early 1900's and said that it was one of the best trips of his life. Now, visitors don't have to imagine what it looked like; they can experience it for themselves.

Honestly, it isn't entirely necessary for you to be familiar with Canadian history or even desire to be before venturing out to this park. I think one can't help but appreciate the place and learn a little something in the venture. I know we did. For me, it was nice to learned a little about the history of North America beyond the borders of the United States.