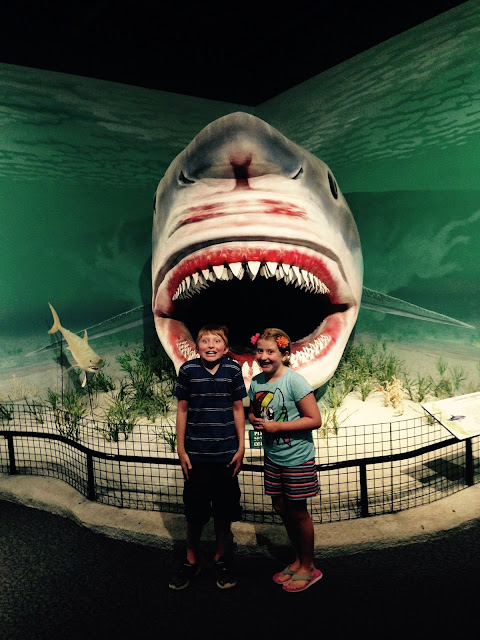 While tagging along on a a work retreat with daddy, we took advantage of the of the ASTC (Association of Science-Technology Centers) Travel Passport Program. We are a member of the Orlando Science Center which participates in the program and allows us to visit other participating museums at free or reduced rates. The list of participating museums and science centers is extensive.

We took advantage of this program more than once during our week in the Salt Lake City area. Our first stop was the Museum of Ancient Life at Thanksgiving Point, which happened to be right next door to our hotel.

Since we saved $39 by not having to pay admission, I decided to pay the $4/student fee for the 12 minute Jr. Paleo Lab where the kids were able to use the same type of drill that scientists use to prepare and clean fossils and on a real fossil. 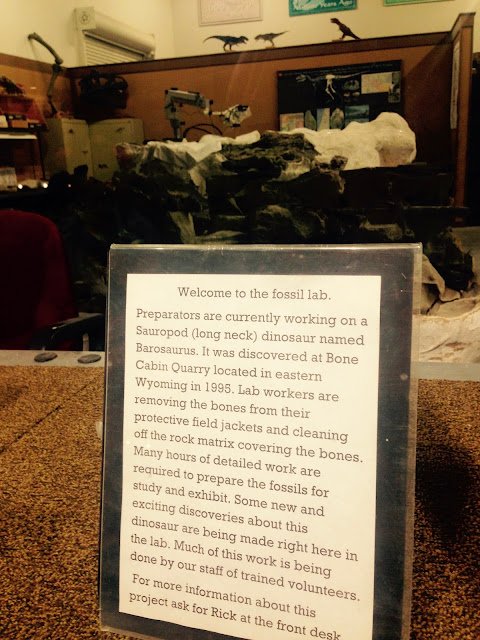 The museum had a cast skeleton of an Allosaurus. We found a true fossil from this species on the grounds of the Cleveland-Lloyd Dinosaur Quarry only a few days earlier.


This baby mammoth was under a year old when it died. It is the smallest mounted mammoth skeleton in existence according to the signage.