A Birthday in the Black HIlls

Tuesday was Jonah’s birthday so we let him determine the day's activities.

We began with a visit to the Black Hills Institute in Hill City. They have a great store that has everything you can think of for “wanna be” geologists and paleontologists, young and old. If you pay an admission, you can also check out their museum which includes one of the most complete fossil skeletons of a Tyrannosaurus Rex ever found, dubbed Stan. 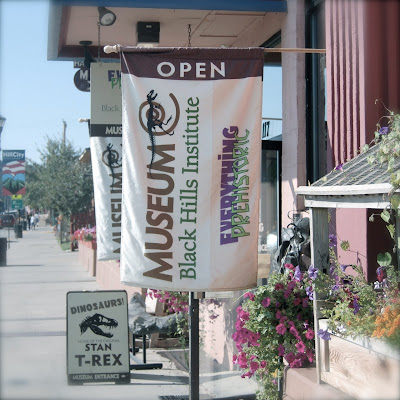 The institute produces replicas and casts and other displays for museums and interpretive centers around the nation. Five (5) year old and younger are free and since it was Jonah’s birthday they let him in free even though he was turning 6. We were glad we didn’t have to pay for him because he was overwhelmed and quickly lost interest despite being beside himself with enthusiasm the night before when we walked by. I can’t blame him though; there was just so much to take in. Daddy and I enjoyed it, but even I was a bit overwhelmed. Jonah and sister got a token gift in the store and we left for our next destination. 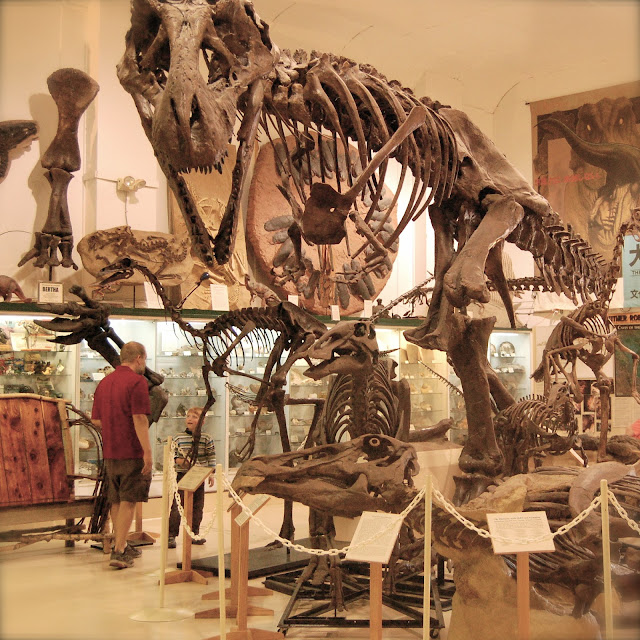 Before our trip, we watched a PBS documentary on Mount Rushmore with the kids and told them we were going to go there and see it in South Dakota. As a result, Jonah was interested enough to want to go on his birthday, so that was our second stop of the day. Upon arrival, we went directly to the amphitheater and the Lincoln Borglum Visitor Center where we watched a short documentary. Then we walked the Presidential Trail that takes you in a loop out to the base of the mountain. We didn’t go very far before we saw mountain goats on the rocks above us and heard them bleating. (A handful were introduced to the adjacent Custer State Park in 1924, but they escaped and now approximately 200 live in the Black Hills area.) 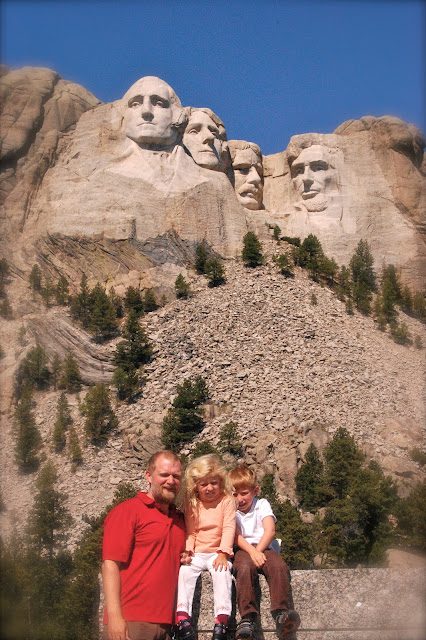 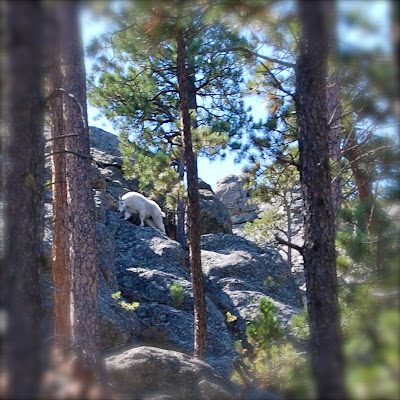 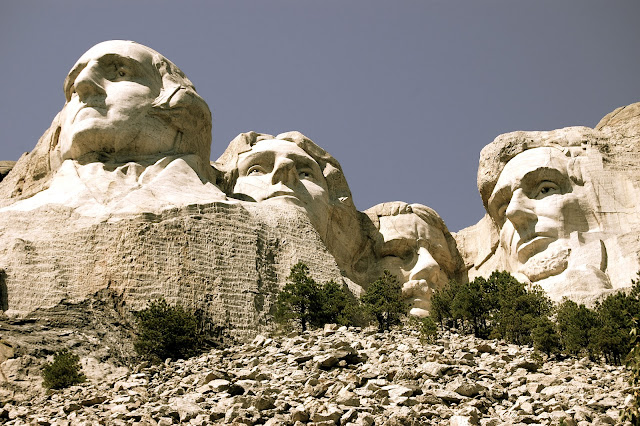 After Rushmore, we drove into Rapid City and stopped at the historically significant Dinosaur Park. It was built in the 1930’s as a WPA project that was supported by Rapid City. The dinosaurs seem kind of cheesy until you realize they are solid concrete and steel and consider the age of the park. We stopped here for a late picnic lunch and to enjoy the view from the ridge. 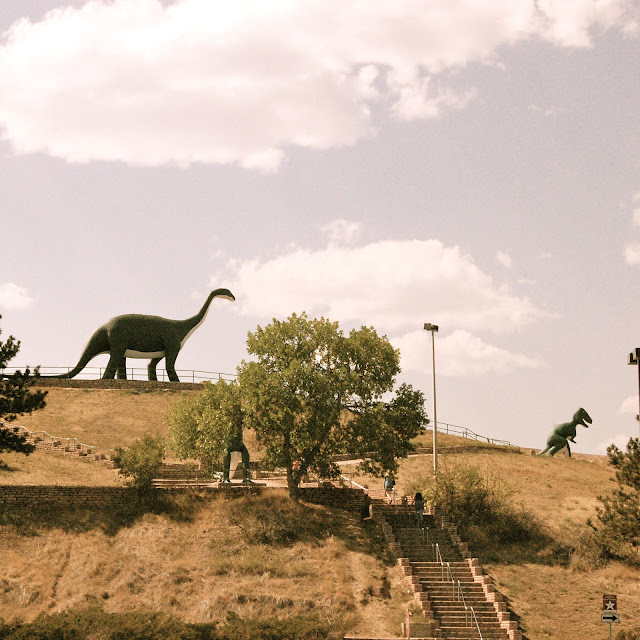 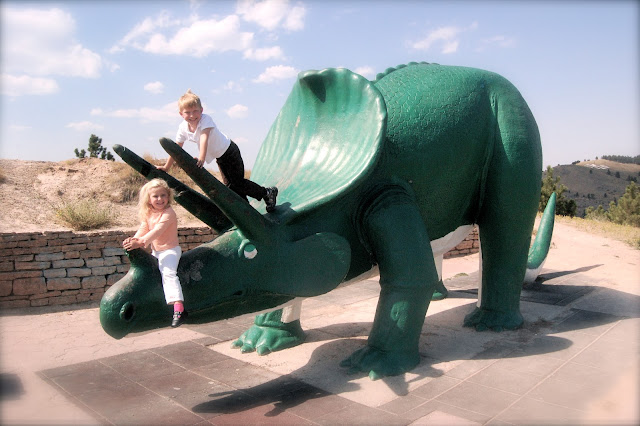 After lunch, we went to the Museum of Geology at the South Dakota School of Mines and Technology. There is free admission and free parking and they have a tremendous collection of actual fossils (no casts or replicas) as they have been sending out paleontological expeditions for more than 100 years – studying the fossil rich area of the upper Midwest and the world. Personally, I enjoyed this stop more than the Black Hills Institute mostly because the displays weren’t on top of each other and I wasn’t trying to figure out which where replicas and which were authentic fossils (all of them were the real deal).


The last thing Jonah wanted to do was the Pirate Cove minigolf. I took the kids last year myself when we were in Bar Harbor, Maine. They both had fond memories from that and were excited to go again with Daddy. They did really well. We tried to give some instruction to help them develop a somewhat consistent swing. By the end they were standing on the correct side of the ball and swinging with the correct hand position and enjoying it. They got the typical souveniers at the end and we won a Pirate Cove shirt for him with the scratch off card at the end.
Afterwards we made a Walmart stop for his gift – I had to get scissors tape and wrapping paper there as well and wrap it in the store. Then we went to Chili’s for dinner where he opened his presents and had a cupcake. 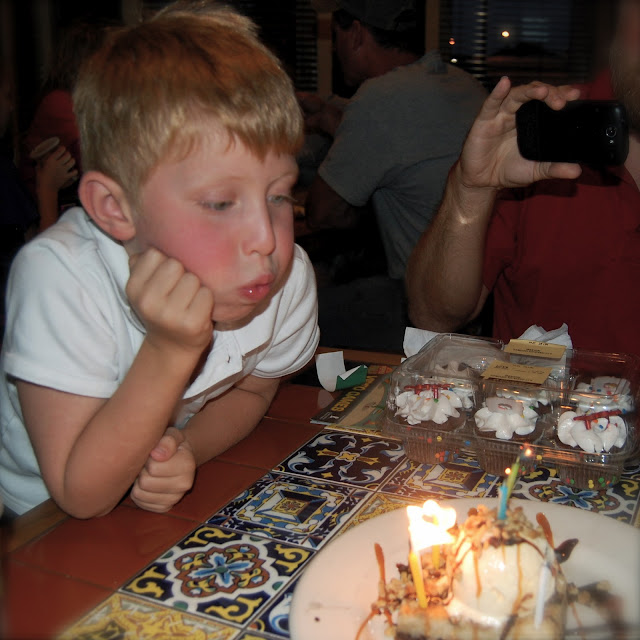 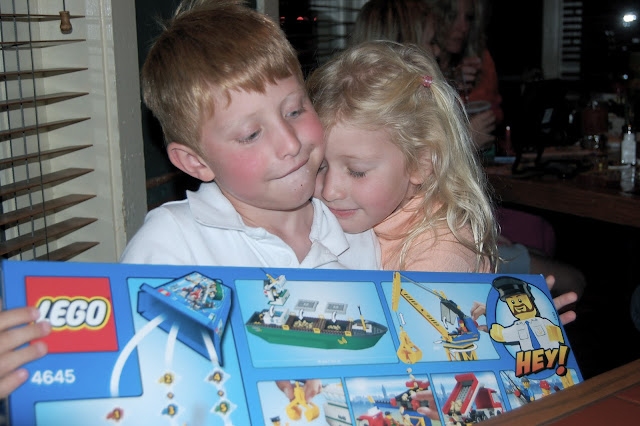 On our way back to the RV we stopped at Rushmore to see it lit up – we missed the actual lighting ceremony. We left as they were closing down and went home to rest up for an early start the next morning. 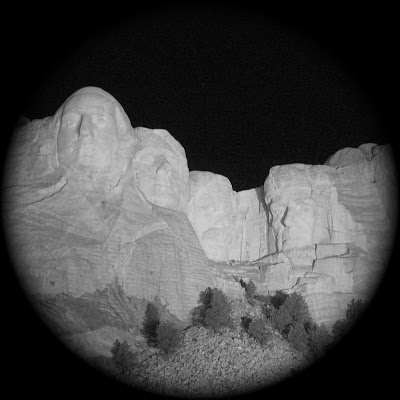