We took our time Friday morning getting ready to move on from the Lewis and Clark Recreation Area. Kelly had time for one last bike ride there while the kids and I had some down time.

After a couple of hours on the road, we stopped at a park to have a picnic lunch in a little town called Armour. Afterwards we headed north to I-90, and then turned westward once again and stopped at a visitor center that overlooked the Missouri River where I-90 intersected. 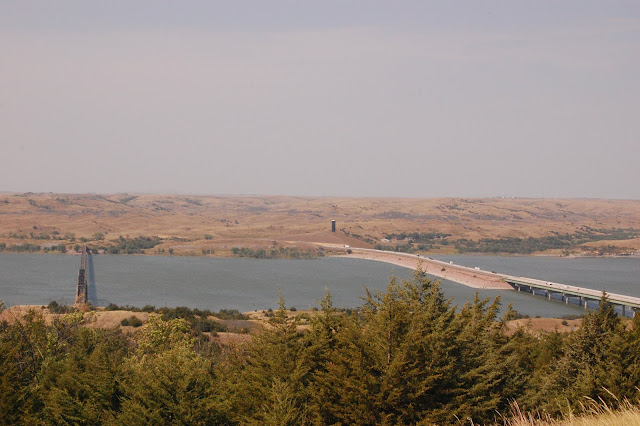 We made it to the campground in the Badlands National Park by 5 p.m. Before even entering the park we started seeing unique wildlife. At the gas station off of exit was a small prairie dog town. 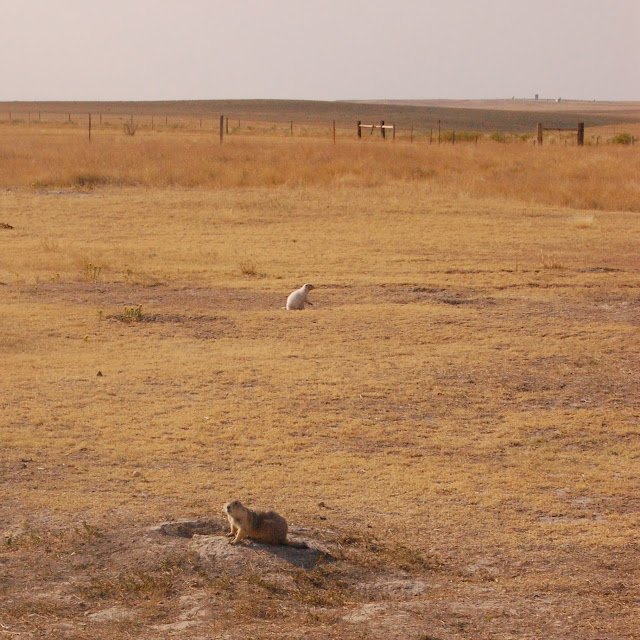 After getting setup at the Cedar Pass Campground in the Badlands, we stopped at the café for dinner. Kelly and I split one buffalo and one regular beef burger. Afterwards, we set off to explore a bit while we still had some daylight left. We managed to explore a couple of trails before dark. 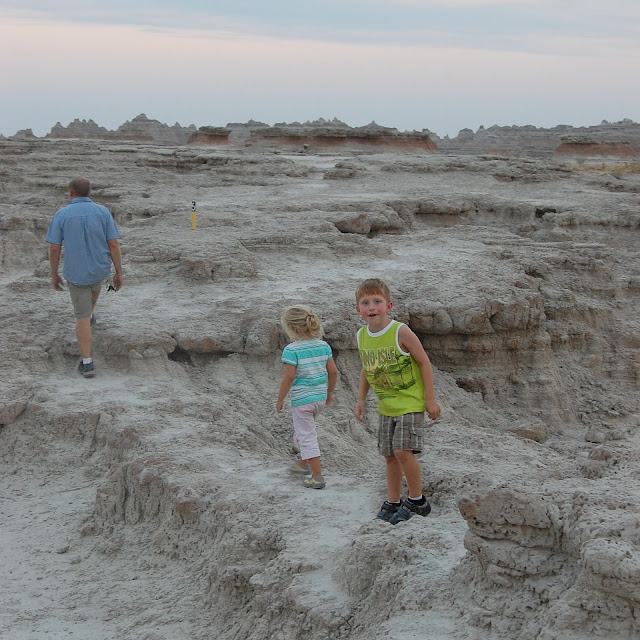 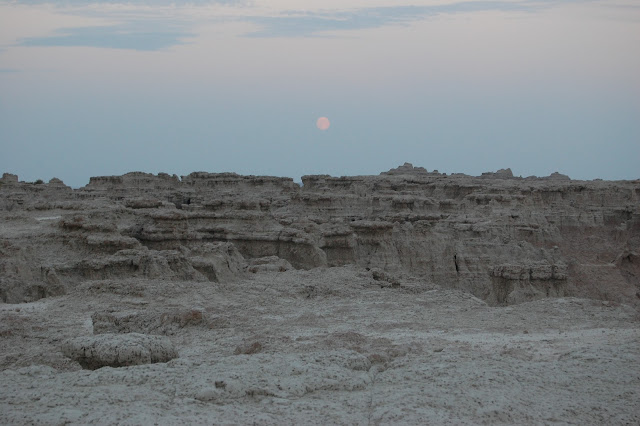 Saturday, we drove the loop road around the park as well as a spur road out to the primitive Sagebrush Campground. At one point we stopped and ate sandwiches in the car while watching the bison and prairie dogs. When we got to the campground we saw a herd of bison roaming a few yards from the campground. One big male strode right through the middle of the campground and rubbed his back on the picnic table shelter. (See Video) 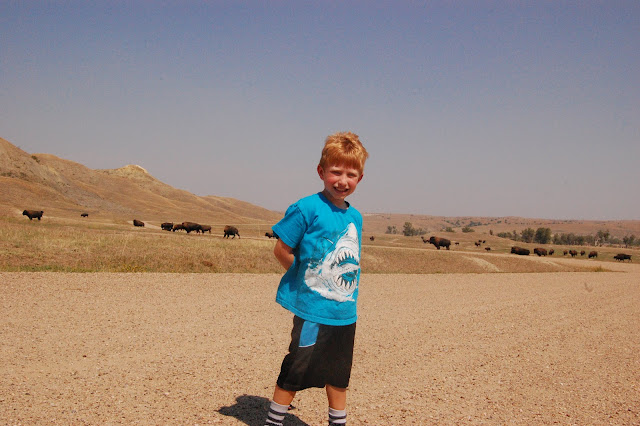 After that excitement, we drove out to the Minuteman Missile Silo and then into the town of Wall where we visited the National Grasslands Visitor Center and the famous Wall Drug. Wall drug is quite the roadside attraction complete with an animatronic T-Rex and spray ground. 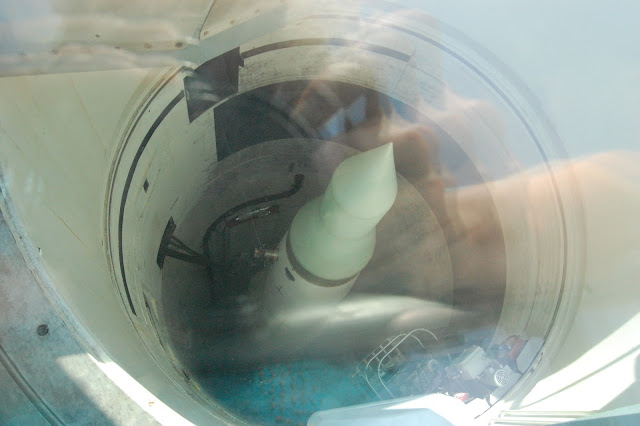 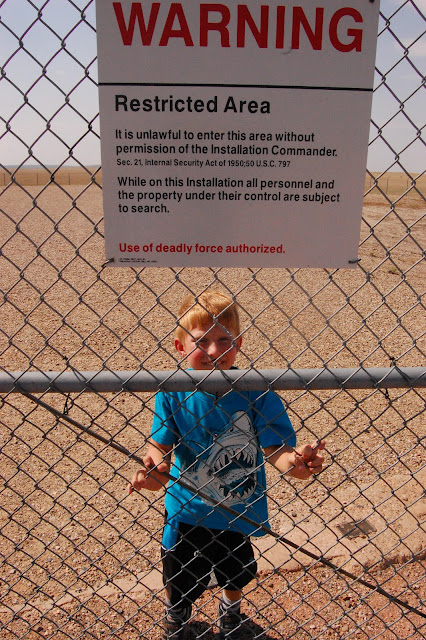 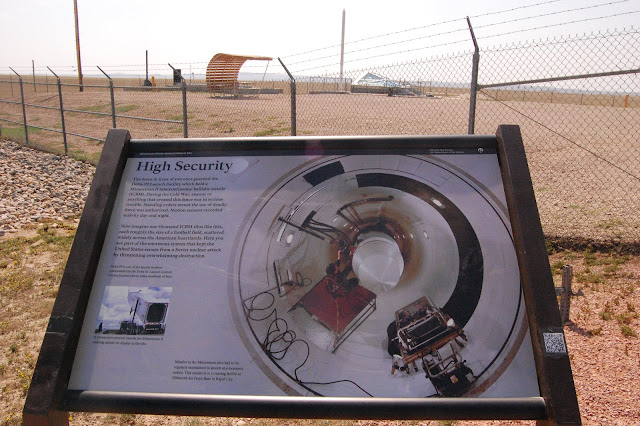 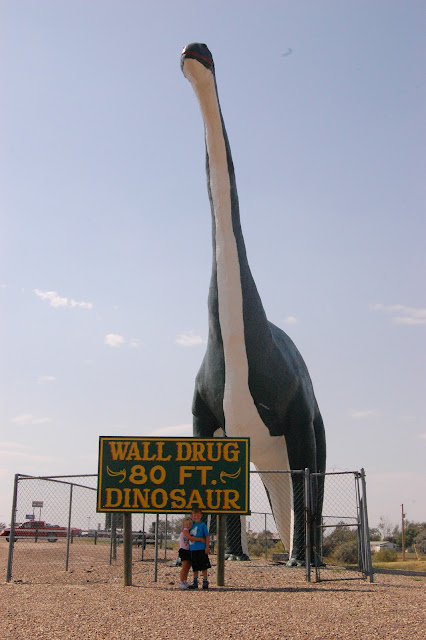 We had an early dinner there so when we returned to the campground we had time to go explore again at a nearby overlook. The evening sun made for some great pictures.  We witnessed a double rainbow and watched a blue moon rise. Before bed, Jonah and daddy went to an astronomy program at the campground. 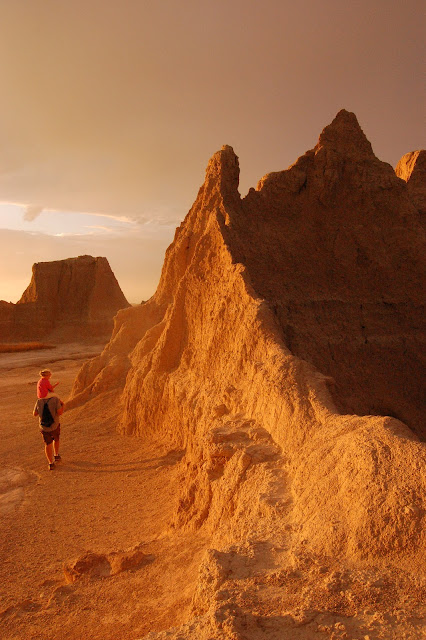 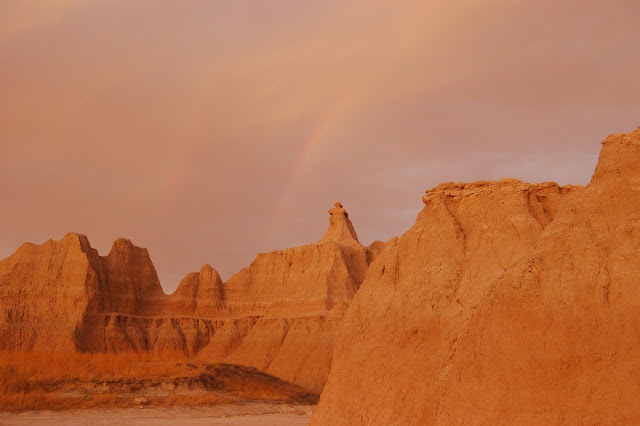 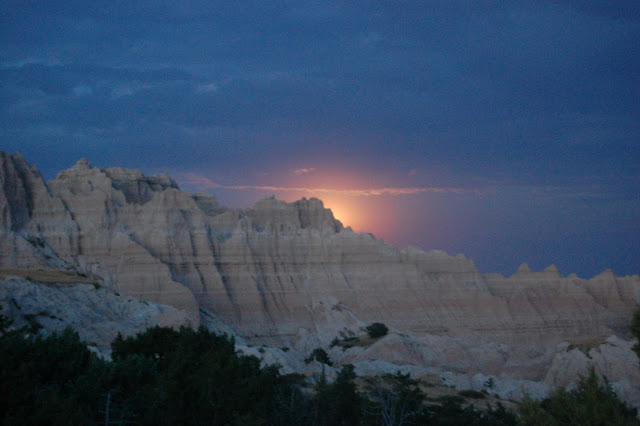 Sunday morning, Kelly went for an early bike ride while the kids and I hung back at the RV. After a leisurely breakfast, we hooked up the RV.  On our way out of the park we first stopped at the Ben Reifel Vistor Center and then one final stop to hike the Notch Trail. The trail had a wooden ladder thing to climb a very vertical section and the kids did great (Elisabeth got carried at the steepest part though.) 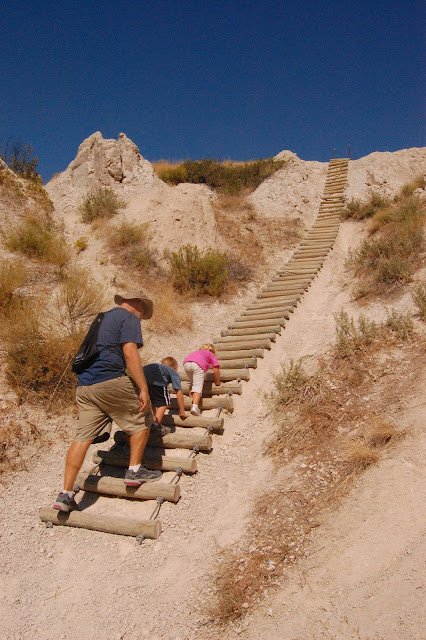 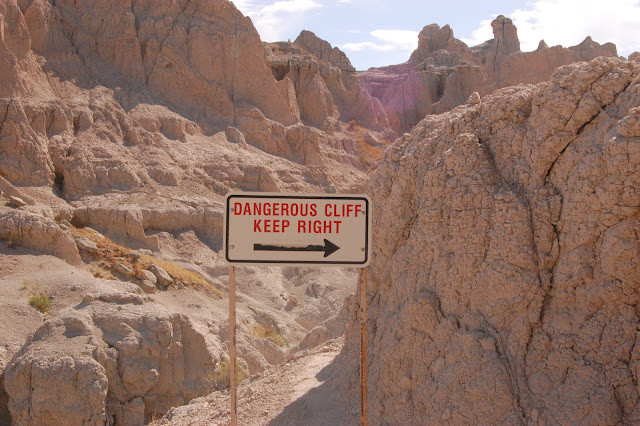 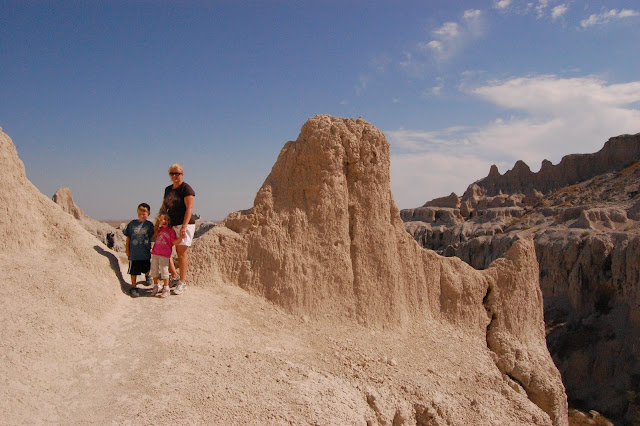 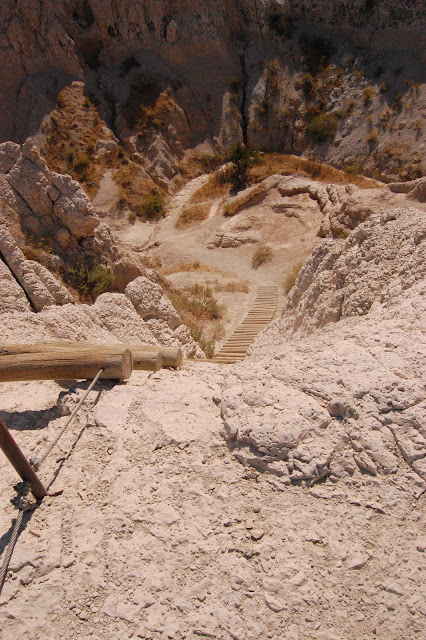 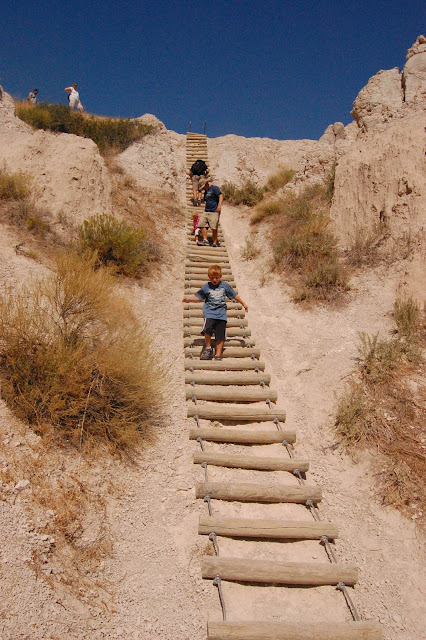 The Badlands were named as such because the Indians and pioneers considered it a bad land to cross. But it’s a beautiful place if you plan to stop and smell the flowers.