Rafter J and the Needles Highway

After all the activity in the Badlands, we drove on towards Rapid City where we had a prolonged lunch at a McDonalds with great internet and a playground. We also took some time to restocked the RV. Then, we drove on to the campground I had found that morning online and for which I had made reservations, Rafter J Bar Campground in Hill City.

I always get a little nervous reserving at a place we’ve never camped, but it turned out to be a great privately and family run campground. Because it is also a ranch, it has a very park like feel to it and it is run very efficiently. The laundry and shower house is top notch. There is a campstore for emergencies, as well as fuel. And let’s not forget the pool, hot tub and playground. The $2.50 all you can eat pancakes and access to the pool and hot tub ends on Labor Day. (On Labor Day the kids lasted all of 3 minutes in the pool before moving to the hot tub. It’s chilly here in the mountains.)

So Sunday evening, ended with a nice hot shower (which we had gone without while in the badlands) and a relaxing campsite meal cooked on our propane grill. We quickly found out about the firewood and charcoal ban everywhere in the Black Hills which explained why we couldn’t even find charcoal at the Walmart in Rapid City. This area has had a very dry summer and the fire risk is very high everywhere – smoking is even prohibited on government lands (except in your car.)

Monday morning, Labor Day, we decided to take advantage of the onsite breakfast since it was the last day. The kids tried out the playground for a bit. Then we went for a site seeing tour on the Needles Scenic Highway. It was awe inspiring, both the geology of the area and the engineering of the roadway which included tight tunnels carved out of solid granite. 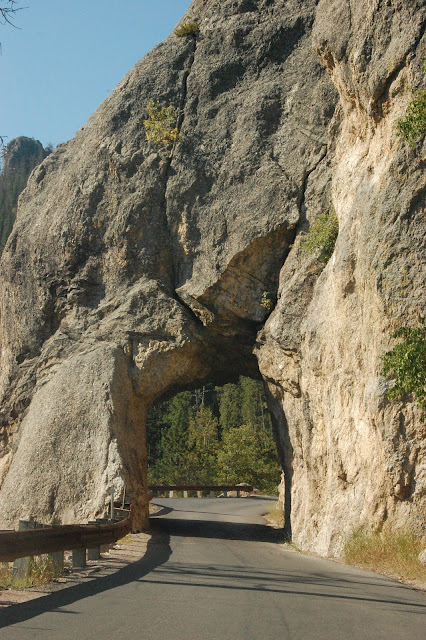 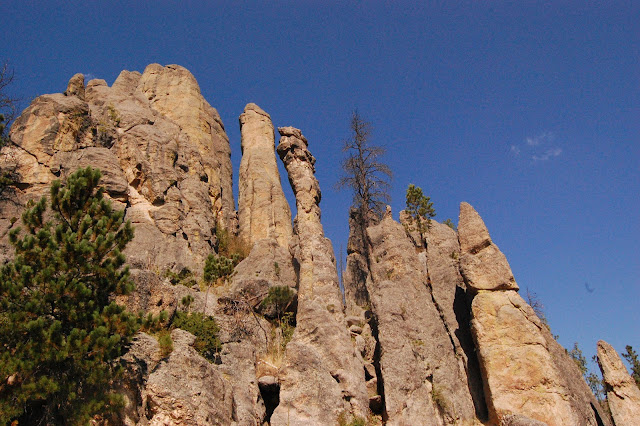 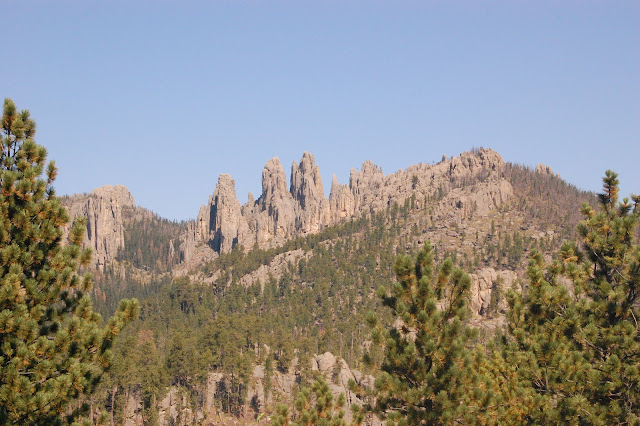 The biggest highlight for the kids though was when we stopped at an overlook and fed the chipmunks sunflower seeds. Before too long there were a dozen coming and going and a couple even ate from Kelly and the kids hands. 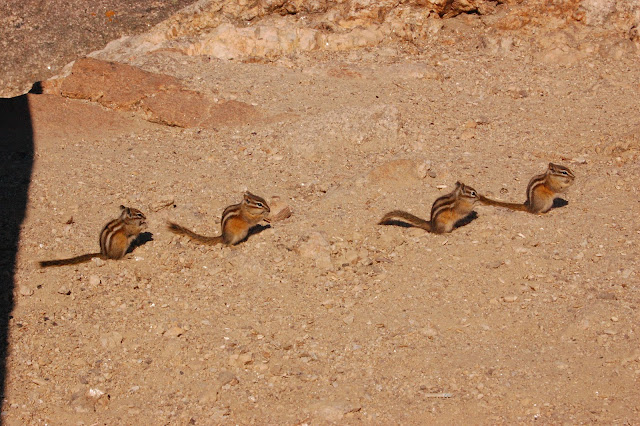 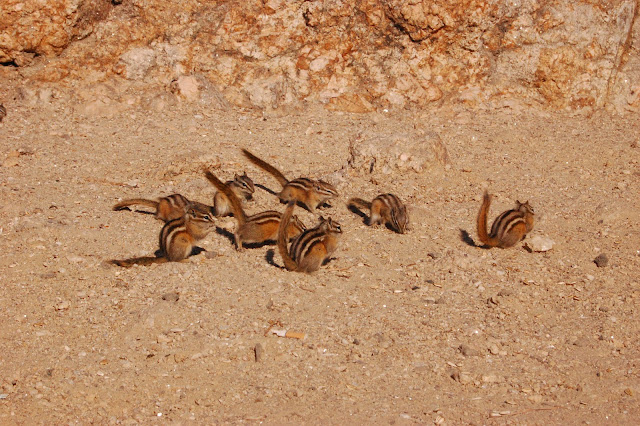 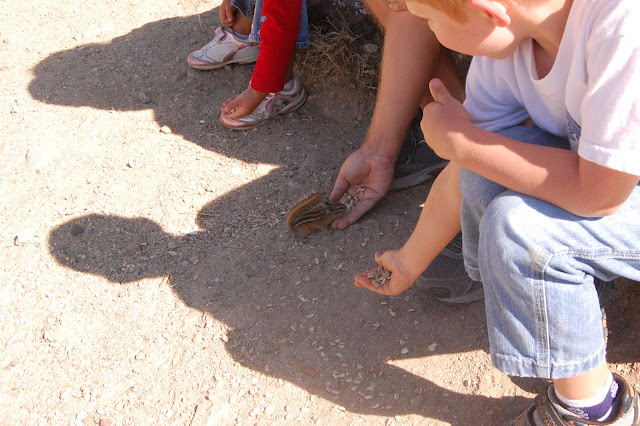 We stopped for a short hike near the Cathedral Spires and finished the scenic drive which included tunnels that framed the distant Mount Rushmore. 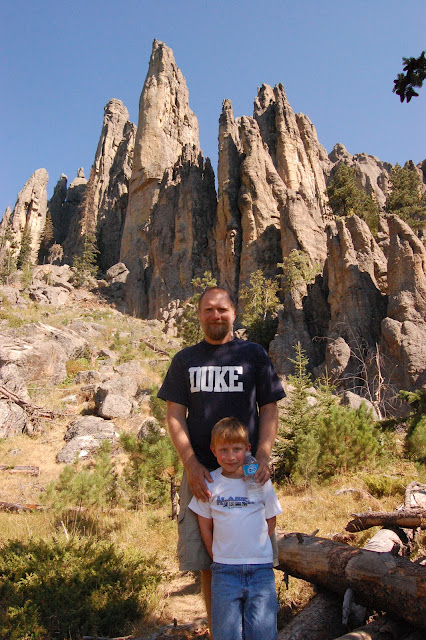 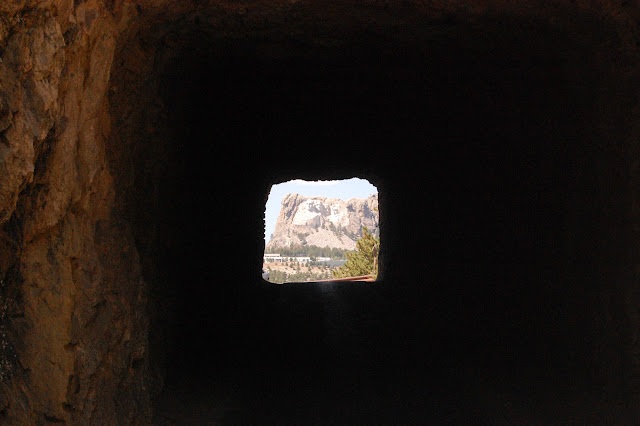 Then we went back to the RV for lunch while Kelly went for a bike ride. It just so happens that nearly every campsite on this trip has had quick access to a local multi-use trail. Rafter J Campground was no exception having direct access to the Mickelson Trail that stretches nearly the entire length of the Black Hills. Since it was the last day it was to be open, I took the kids to the pool in the warmest part of the afternoon. I had them jump in knowing they would balk at the steps. It was fine once you were in, but the were shivering after just a couple of minutes and asked to go into the hot tub. We stayed there for probably 40 minutes or so and by that time Kelly was back. For dinner, we went into Hill City for dinner and to check out the small downtown.