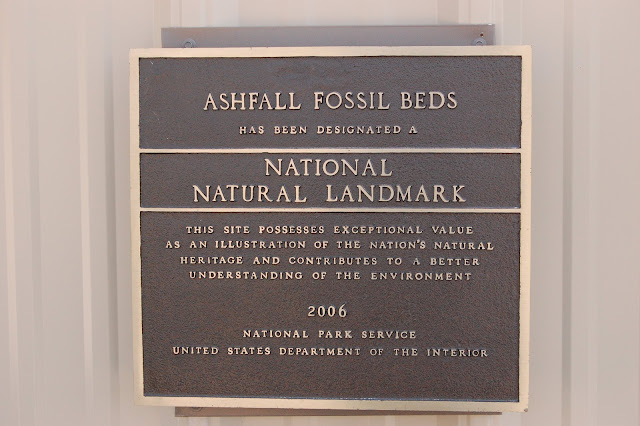 I first learned about this place last year when I read an article about it (the link isn't the article but related) in The National Geographic magazine. I was amazed when I read that hippos, elephants and three-toed horses once lived in North America. So, when we began planning an RV trip "out west" I kept it on my radar as a potential place to visit.

We traveled about 1hr and 45 min southwest from our campsite at the Lewis and Clark Recreation Area on the Missouri River out to this National Natural Landmark. It was out in the middle on nowhere, but worth the drive if you dig paleontology (pun intended).


Jonah was most interested in the plesiosaur skeleton in the visitor center. It was found on a Sioux reservation on the Nebraska side of the Missouri River - a few miles northeast of Ashfall Fossil Beds State Historical Site. 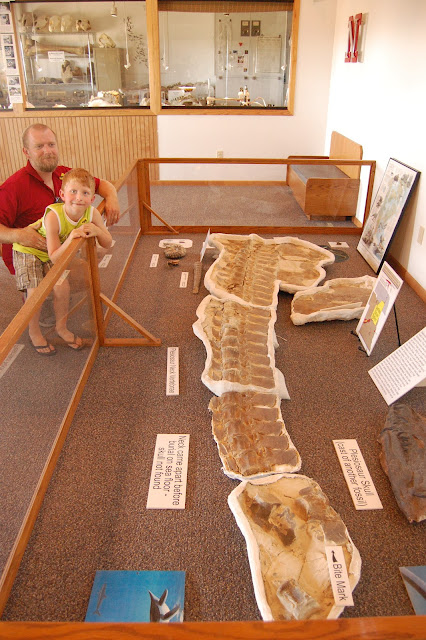 The visitor center had a great interpretive area and displayed many fossil finds from the property including this Saber-toothed Deer. 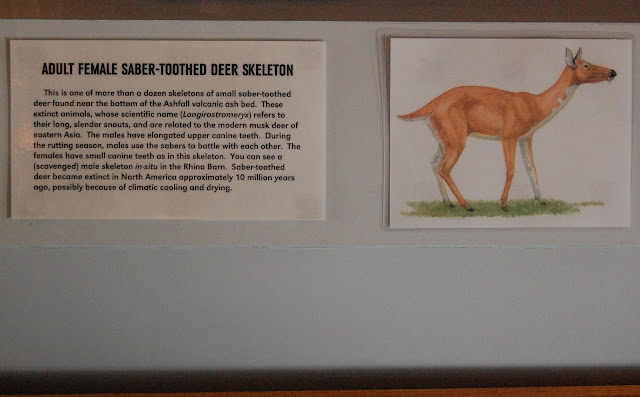 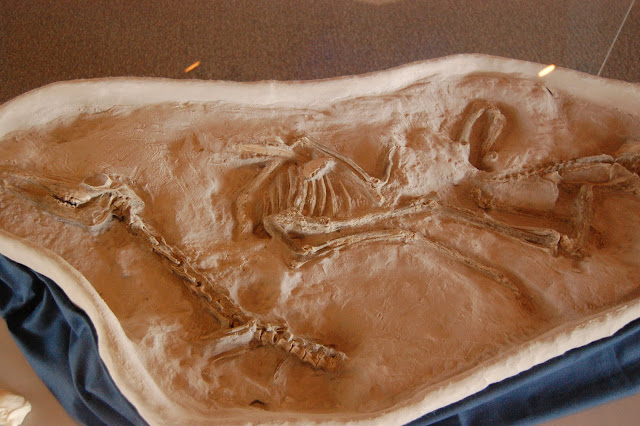 Outside there was an interactive display that demonstrated how to "uncover" fossils. 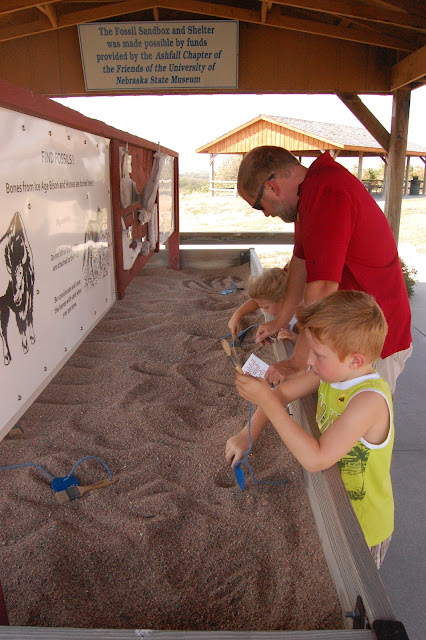 From there, we could see the Hubbard Barn - the highlight of the park. 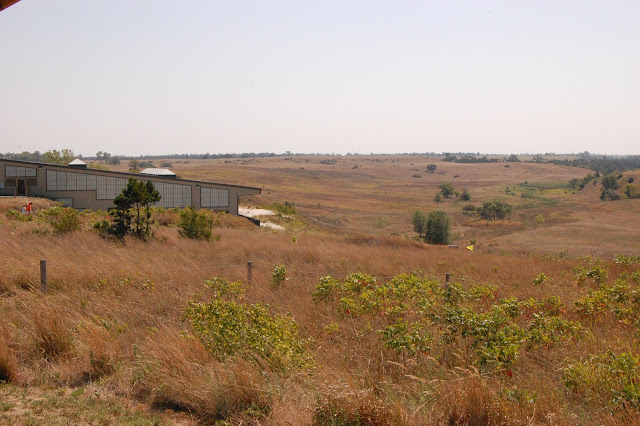 The building was constructed over an area of the ashfall to protect the fossils so that they can stay in the ground and displayed as shown. Despite being 11 million years old, these fossils are not fossilized like most fossils (i.e. petrified wood). This is because the ash that buried these bones didn't allow water to leach into them and transfer minerals into them. As a result, they are still very bonelike - they are hollow and very brittle, so exposing them to the elements and moving them around is not a good idea. 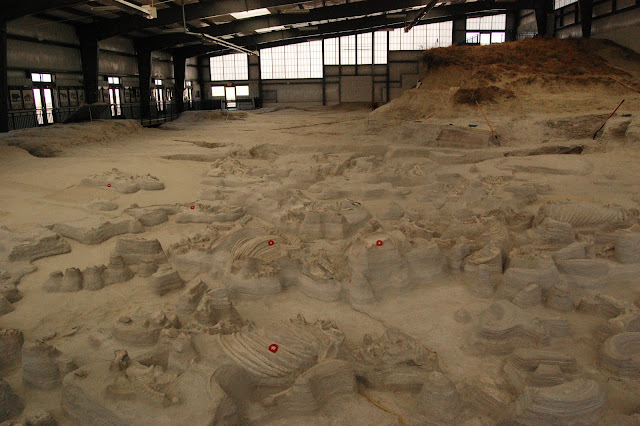 Number one (1) is a hippo and number two (2) is a fairly large specimen of a three-toed horse. 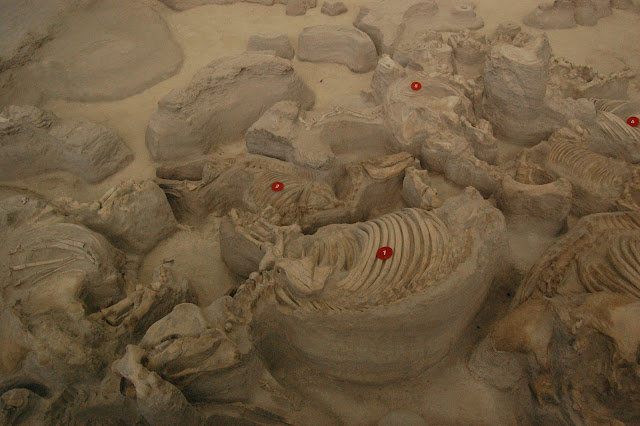 Here is another complete skeleton of a three-toed horse.  They had a middle hoof with a toe on each side. 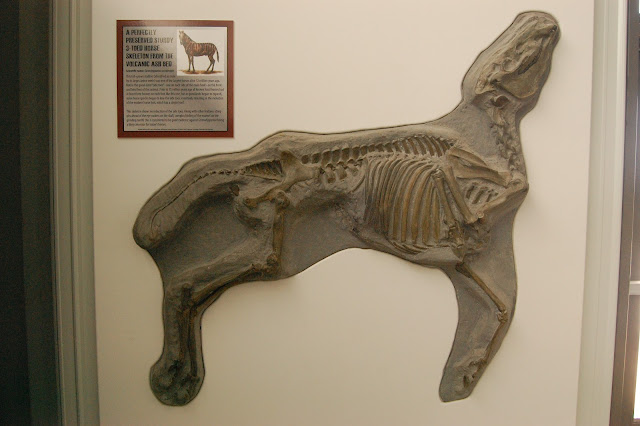 The walls of the barn had images and information on all the animals they have found on the site. Again, it's amazing to think of the diversity of animals that once roamed this area.