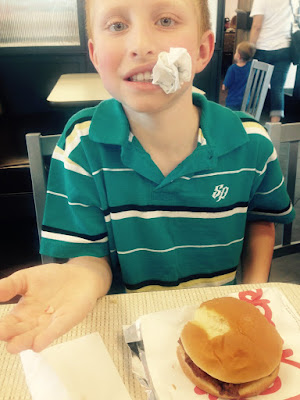 My 8-year old just lost his first premolar. He pulled it out himself not wanting to lose it in his sandwich.
According to various on-line eruptions charts, those transitional teeth between incisors and molars are usually lost around age 10. He has been consistently early in losing and getting teeth. It looks as if this trend will continue.
He says, "It feels weird."