There are several farms/corn mazes in the Greater Raleigh area that open their doors or rather gates to the public this time of year for various fall, farm activities. We took the kids out to the Phillips Corn Maize on Saturday. There was a write up in the paper about this one as the maize is in the shape of a local celebrity who passed away a few months ago after a battle with breast cancer. A portion of the entry fee goes to a foundation in support of breast cancer research.

In addition to the corn maze, they also had a short hay ride and cow train, a mini haybale maze for the kids and a somewhat dangerous slide made out of a big plastic pipe. Jonah went down it once but wouldn't go again. Kelly went down just to check it out. He said he was clinging to the side and it was still fast. They had a corn pit as opposed to a sand pit and a couple of other things as well. We had a pretty good time and we made it through the corn maze with only one or two wrong turns along the way! 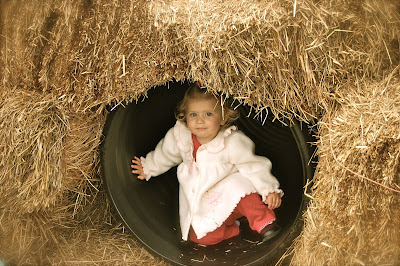 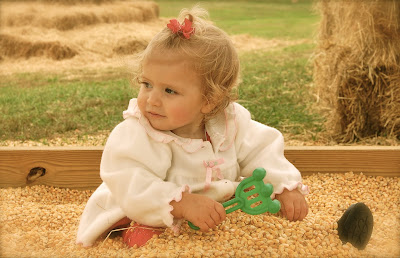 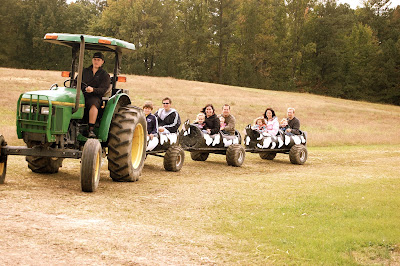 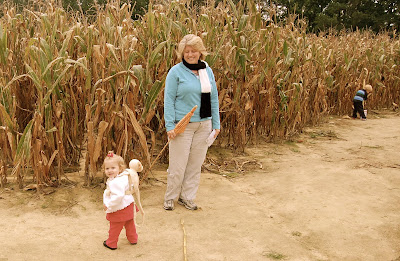 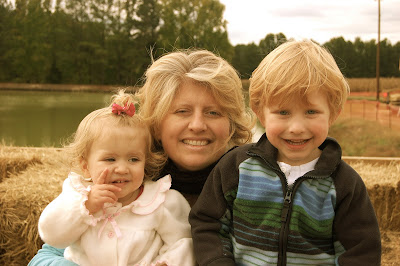 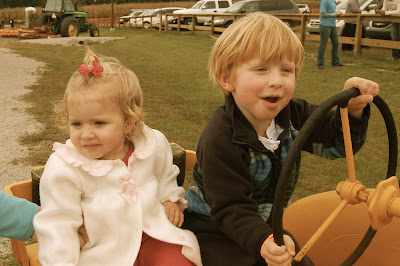 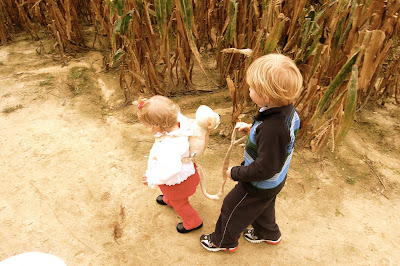 You can go here to see more pictures from the day.
Posted by Shanna at 7:41 PM

Awesome photos and BEAUTIFUL babies.
Looks like everyone had fun.