Last weekend, we went camping at Jones Lake State Park near Elizabethtown, NC. October was the last time we were camping. With all the home improvement tasks lately, we were desperate to get away.

I chose this location because it was only 2 hours away from our home in Raleigh. We really don't like to drive more than that for just a weekend away. And, it was a place we had never been before.

The campground at Jones Lake State Park has only one site (#3) with water and electric hookups. I was astounded that it was reservable on-line and not taken by a campground host. When we arrived Friday afternoon, we were pleasantly surprised with the campground and our site. We were amazed at how much the campground reminded us of campgrounds in Florida - a flat, sandy, pine Savanna. 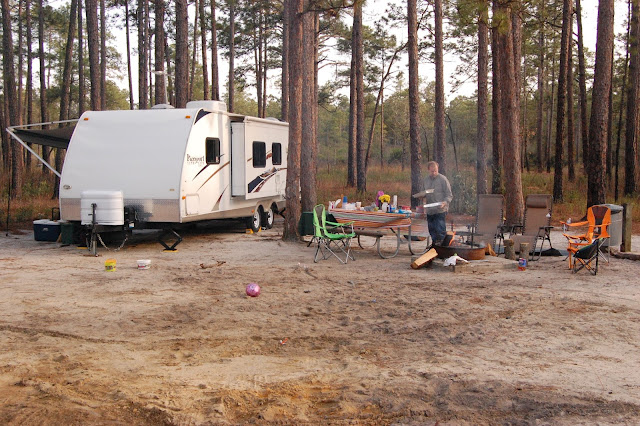 Jonah spent nearly the whole weekend playing in the dirt. 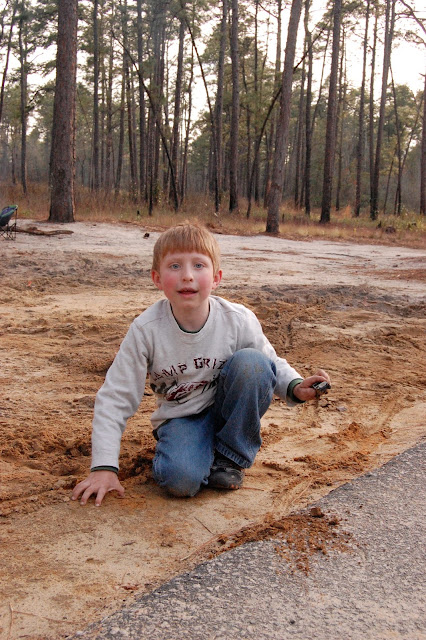 Elisabeth enjoyed riding her balance bike around the campground. 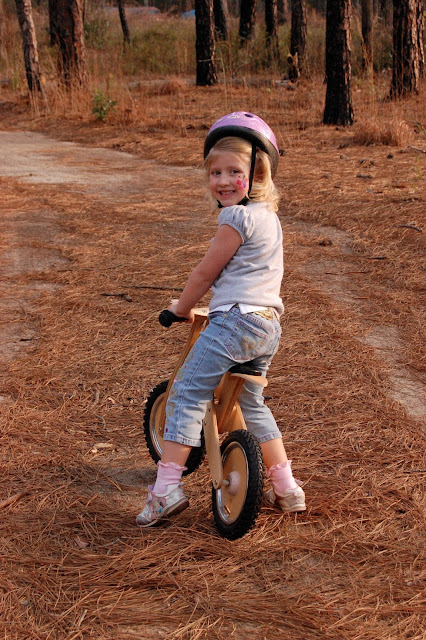 Jones Lake itself is one of the Carolina bay lakes. Theories abound, but the actual origin of these lakes is still undetermined. There is a fishing pier, but not many fish due to the acidity of the water. There is also a great picnic area and a beach for swimming. We enjoyed hiking the 5-mile trail around the lake that is shared with mountain bikers.

We stopped in the visitor center briefly on our way out. It was only then, that I learned that Jones Lake State Park was the first segregated state park. For my generation, it's hard to imagine a time when a park, any park, was off limits to someone based on race, religion or creed. While Jones Lake State Park is a beautiful place and was certainly a nice surprise for us, it is sad to think that at one time it was the only destination open to such a large segment of the population. It goes against the philosophical underpennings of public parks and open space.

If you haven't visited this part of North Carolina except to drive through to the beach, I highly recommend a detour. Jone's Lake State Park is a great place to relax, hike, bike and swim - and don't forget to stop in the visitor center for a bit of little known North Carolina history.

Hi, you're the only post I can I find on this spot at Lake Jones. This is our 1st time camping as a whole family. I also booked site 3. I know it's been a while but is this something we willbe able to use with a tent? That's of course if you remember lol. Thanks for any info you have.

Hi Dana, It has been a long time since we were here so I can't recall much about it. In my experience state parks have RV/tent sites or tent only sites, so you should be fine putting a tent on this site. Some places may or may not have a tent pad, I don't think this one did at least when we visited. I do recall the site being sandy as you can see from the photos. I remember being pleasantly surprised by the park so I hope your experience exceeds expectations.