For vacation this year, we decided to take the RV out west - well as far out west as we could get with only three weeks to get there and back. We left Raleigh, NC on Friday evening and made it to Pilot Mountain State Park outside of Mt. Airy, NC.  The weather was heavenly that evening - cool and crisp - ah! My favorite temperature. We had enough time to drive to the top of the overlook before they closed the gate. Then we had a nice fire and chilled out. All of their campsites have electric and water, but the terrain is very uneven and rocky. This campground would not have been fun with kids 4 and under. My 4 year old was stumbling around as it is.

We rolled out of the park not long after opening time at 8 a.m. We traveled up I-77 through Virginia and into West Virginia taking the West Virginia Turnpike to Charleston, WV.  From there we took unfinished Hwy 35 to Point Pleasant, WV where we crossed the Ohio River into Ohio State. We continued on Hwy 35 all the way to Dayton where we got on I-70 into Indiana.

We ended this day of driving at Summit Lake State Park near Mooreland, Indiana. It was mentally satisfying to have NC, VA, WV and OH under our belts at the end of Saturday.

We took the next day (Sunday) to relax and site see in the area. We really appreciated this stop. It was very idyllic in a lot of ways.

Monday morning, we pulled out around 7:30 a.m. and worked our way west on a nice straight secondary road and then hit I-69 into Indianapolis. Immediately, we realized our error as the rush hour traffic into the city was atrocious. So, we got off at the next exit and detoured north along secondary roads (a couple of which had their own detours) until we were finally able to get back on course on I-74 west toward Illinois. Illinois is mostly a blur except that I noted the nice river front area in Peoria, IL along the Illinois River. When we crossed the great Mississippi an hour or so later it was not nearly as impressive, though we took special notice anyway as this was Kelly and the kid's first time crossing the artery of North America (by car).


We got on Interstate 80 in Davenport, IA and continued west. We made it to Rock Creek State Park between Iowa City and Des Moines by 7 p.m. Monday evening, only because we gained an hour at the Mississippi when we crossed into the Central Time Zone.

Again we took the next day (Tuesday) to rest and enjoy our surroundings. Kelly took another bike ride while the kids made friends with some locals and fished on the dock. After lunch, we drove out to a Mariposa County park and saw exactly three bison in a field (we are certain this is only a preview of what is to come.) 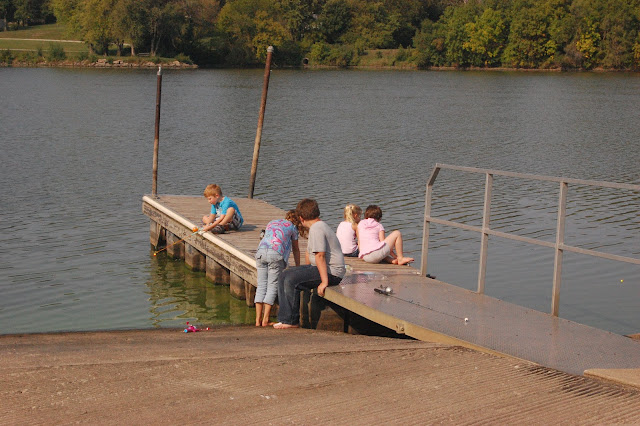 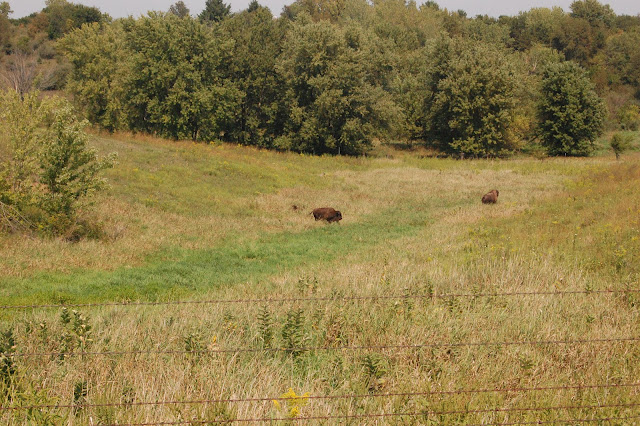 As campgrounds go, Rock Creek State Park has probably the best cost to benefit ratio of any we have experienced. It is only $16 a night including electric. There isn't any water hookups but the shower house is clean and functional, we are right next to the playground, and there is a nice lake view.


Wednesday it's South Dakota or bust! Actually, I prefer, "God willing and the creek don't rise," as my beloved Mamaw used to say.