We visited Norstead after we visited L'anse aux Meadows on a cold, blustery day. The weather was very much a factor in shaping how we felt about our experience there, so bear that in mind. Play this video to join in the nor'easter:


Likely due to the weather, there wasn't much "living" history going on other than a few ladies in the long house talking with visitors and knitting (oh, and a goat in a pen and hen and chick in a cage). Other than the goat and chickens, there were three major things at the site that were different from L'anse aux Meadows. 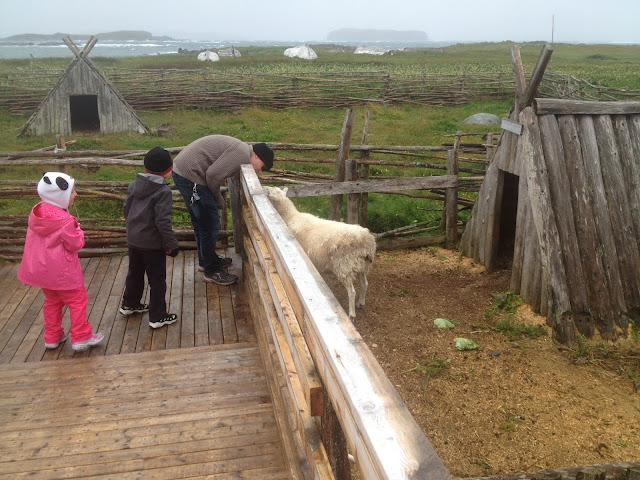 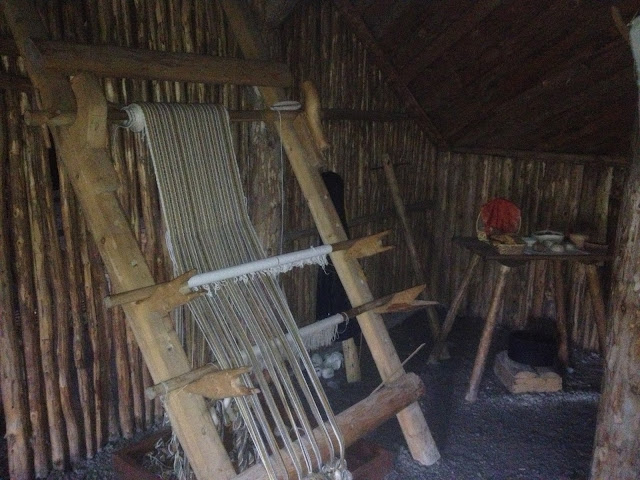 The first was that Norstead has a reconstructed Viking ship on site, a knarr, christened the Snorri. It was built in Maine and successfully sailed across the Atlantic in the path of Leif Eriksson in 1998. Unfortunately, the building it was in was mostly closed up and it was hard to see in the dark space. (The weather having made a turn for the worse, I left the Nikon camera in the car and just had my smartphone which does not take decent pictures inside dark buildings.) The story of the Snorri the Viking knarr, it's construction and voyage are available in print form. Building a Viking Ship in Maine and An Illustrated Viking Voyage: Retracing Leif Erikssons Journey in an Authentic Viking Knarr are both available through Amazon.

The second noticeable difference was that Norstead represents more of a complete village and as such had a church building on site among other things.

Lastly, the fire in the longhouse was wood burning and, therefore, more realistic than L'anse aux Meadows where their fires were converted to propane a few years ago for safety reasons. Ironically, Norstead is where I learned that Norse women only lived up to age 35 due to respiratory issues associated with being indoors with woodsmoke for most of their daily chores. So, propane works for me! The woodsmoke apparently caused issues for the men as well, because both men and women sat upon benches and leaned against the wall to sleep.

So if your time is limited, I say go to L'anse aux Meadows. But if you are able to make a day of it as we did, visit one in the morning, have lunch at the Norseman Restaurant nearby, and then visit the second. That was our itinerary and it makes for a perfectly enthralling Viking adventure for a family.