While on Cape Breton island in Nova Scotia, we visited the Alexander Graham Bell National Historic Site in the picturesque town of Baddeck. 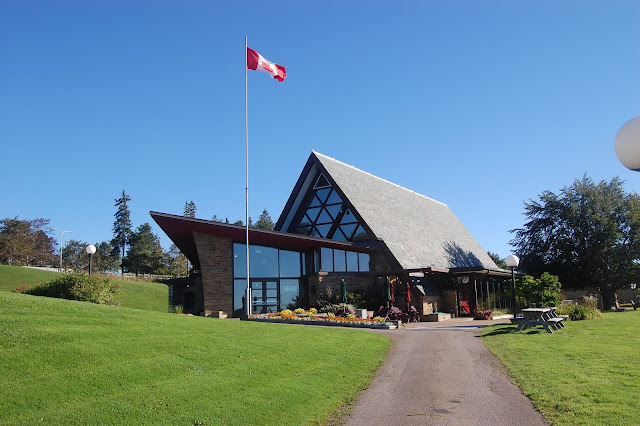 The site is essentially an interpretive center highlighting the life of Alexander Graham Bell (known as Alec to friends and family) who is most well known as the inventor of the telephone.

Personally, I was most impacted by the story of his life and how his success flowed out of his natural interests and compassion for those around him. His mother was deaf, his father was a researcher of physiological phonetics who developed visible speech, and his grandfather was a elocutionist. Alec was contracted to instruct teachers at the Boston School for Deaf Mutes in using visible speech to help their pupils speak. He also took on individual pupils including his future wife, Mabel Hubbard.

After the success of the telephone, the Bell family by chance discovered the beautiful Bras d'Or Lake region where the Scottish heritage and landscape reminded Alec of his birthplace. As a result, a mountain was purchased near the town of Baddeck, Nova Scotia and a family home was built and called Beinn Bhreagh  (Gaelic for beautiful mountain). It was this beloved, family home where Alec would perform many experiments and create a successful hydrofoil boat, the HD-4, which set a world marine speed record in 1919 at 70 m/h, and Canada's first successful powered flight with the Silver Dart.


Mabel and Alexander met Maria Montessori on a tour of Europe and embraced her educational approach; they even started a neighborhood school in their boathouse. According to an interview with a granddaughter (which can be viewed at the park), Alec believed that children should be exposed to all sorts of interests and ideas so that when they were an adult they would be able to lead a more interesting life and be a more interesting person. He believed that an interest would lie dormant but that later on the child would return to it. Perhaps, with this idea in mind, there is a well stocked play room with various manipulates and interactive screens. Not only that, but there are many interactive stations throughout the building, from making tetrahedrons to making and flying kites. 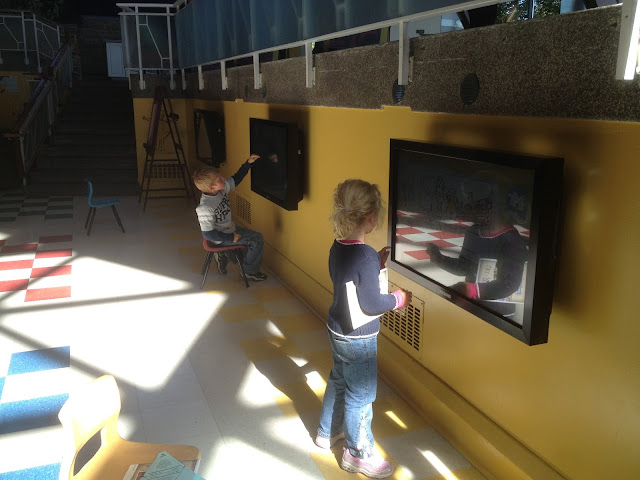 There was so much to see and learn here. In addition to learning the details of his personal life, the Park Canada site houses numerous objects and information on the inventions and thinking of Alexander Graham Bell and his associates. If you're in the Cape Breton area, this is a must see if not a destination in and of itself.

Parks Canada has an Explorer Program for kids in the vein of the American National Park's Junior Ranger Program. This was the first Canadian Park where the kids finished the Explorer Booklet and got their dog tag for the park.