During our stay at Summit Lake State Park, we stopped by the birthplace of Wilber Wright. Expecting there to simply be an old home with period artifacts inside, my husband was less than interested. Given that it was just a few miles from the state park, I encouraged him to just drive by and let me get a picture. When we arrived we found that there was more to it than expected – a little something for everyone including a group of model plane enthusiasts flying their planes (I neglected to get a picture of that, however). 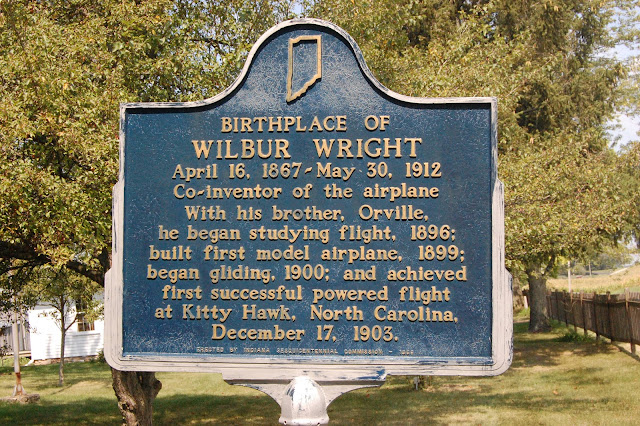 Living in North Carolina, I am very aware of Kitty Hawk and the significance of the Wright brothers. However, being who I am, learning about the person makes it so much more interesting. (A trip to Kitty Hawk will now be much more enticing.) 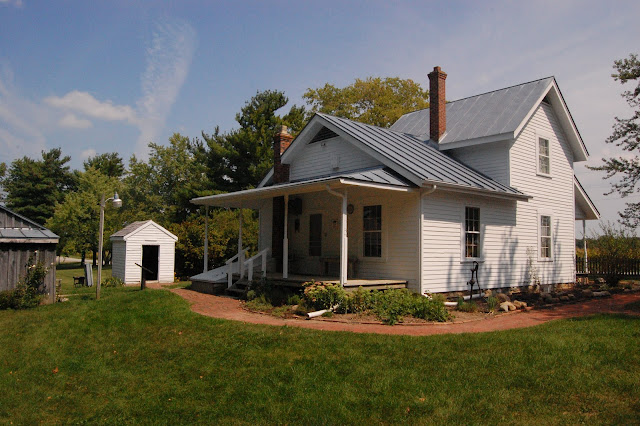 Wilbur and his family only lived in this location for about 18 months. His father Milton was a minister and (if I remember correctly) they moved a lot due to his vocation. Milton later became a Bishop of the United Brethren Church in Christ 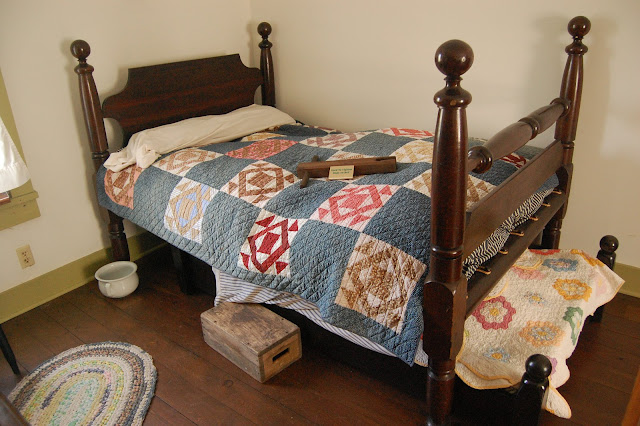 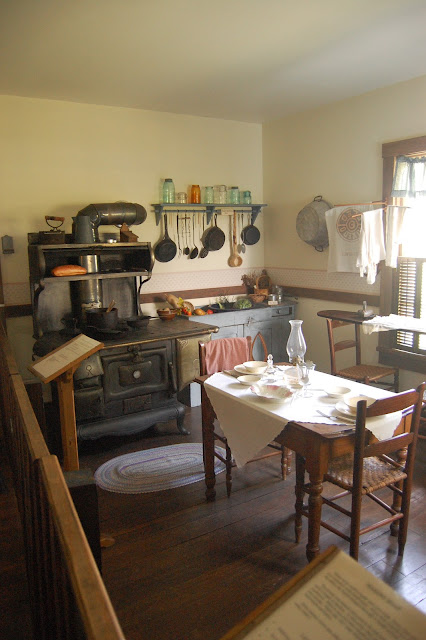 It was fun explaining this outhouse to the kids - complete with sears catalog and corn cobs.
There is a wonderful museum on site that houses memorabilia, educational audio and video on the life of Wilbur Wright (as well as a modern restroom.) Wilbur planned to be a minister until his front teeth were knocked out playing sports. He subsequently had a bout of depression and immersed himself in books.

There was one sign in the museum that stated it was their mother who encouraged their imaginations and even built toys for them (having acquired skills from her father who was an accomplished woodworker) - a nice reminder of the importance of a mom's role in the life of her children.
Inside the museum is also a full scale model of the Wright Flyer.  It was constructed for flight but was never flown because it never received FAA approval. 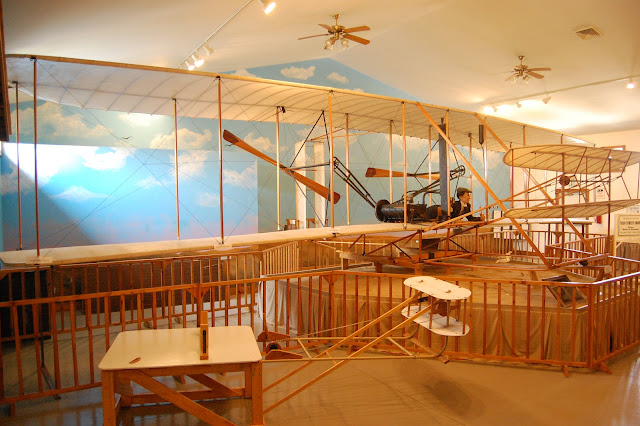 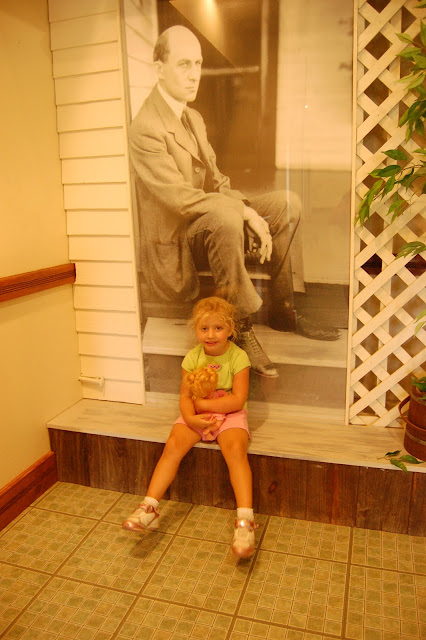 Not sure why this plane is there next to the memorial. I guess they needed some kind of airplane on the grounds commemorating the life of the co-inventor of the first aircraft. 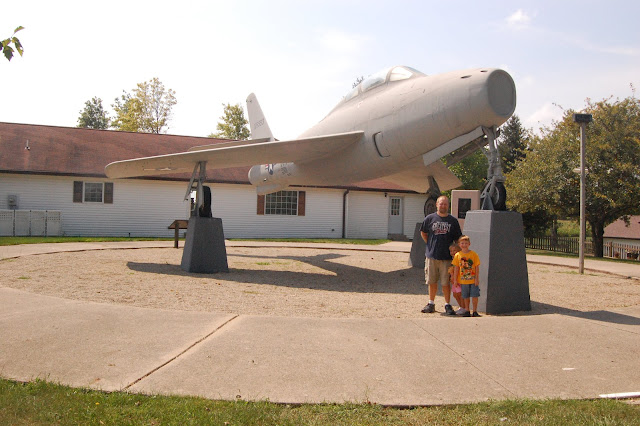 The total cost for a family of four to tour the Wilbur Wright Birthplace and Museum was only $10. There is also a gift shop with very reasonably priced souvenirs.

So everyone's expectations were exceeded with this stop.