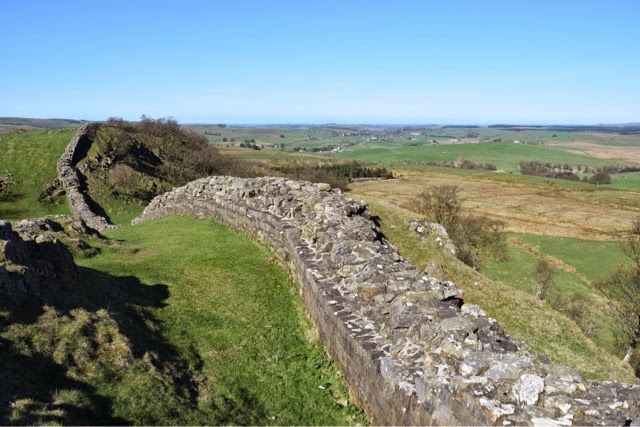 An exploration of Hadrian's Wall could easily take several days even by car. It stretches more than 70 miles from one coast of Britain to the other - from Bowness-on-Solway to Wallsend near Newcastle-upon-Tyne. Construction took 15 years and began about 122AD under the direction of the Roman Emperor Hadrian. It averaged 18 feet in height and 9 feet thick, included 17 forts as well as smaller fortifications every mile called "milecastles," and signal turrets between each of these. Can you imagine the amount of manpower and stone required?! The official count is 18,000 soldiers and 4 million tons of stone. The cost of building such a thing in the modern age would likely be astronomical.

A definitive reason for the wall's construction is argued by historians, but some believe that Hadrian, having taken a tour of the empire, came to the very rational decision that continued expansion would further weaken the empire and that it would be better to fortify current borders rather than expand. There is archaeological evidence suggesting that some of the Northern Pictish tribes of Alba had experienced some success in attacking Roman forts north of the Solway-Tyne border at a time when Rome was experiencing rebellion and assault in other far flung corners of the empire. So, while at other times and under other rulers attempts were made by Rome to conquer the entire British Isle, Hadrian may have determined that the cost of doing so would outweigh the benefit. And so he built a wall.

Today, what remains of the wall is designated a UNESCO World Heritage Site. Several of the forts have been unearthed by archaeologists and onsite visitor centers and museums help guide visitors in understanding the history of the extensive ruins laid out before them. We took the better part of a day to visit just a few of these: Birdoswald Fort, Housesteads, Chesters, and Corbridge. If you'd rather follow the wall on foot you can do that as well. There is a path or trail that runs the length of the wall and is called Hadrian's Wall Path. This is one trail I would one day like to hike from beginning to end as the scenery of this entire region is spectacular.

One interesting aspect of traveling around Great Britain is all the places we encountered that are reminiscent of supposed fictional places described in some of the popular books that we've read, in particular Tolkein's The Lord of the Rings series and George R. R. Martin's Song of Ice and Fire series. The landscape of this entire area could easily be that of Rohan in Lord of the Rings which makes complete sense considering this entire area is in the Scottish Marches. As we stopped at sites along Hadrian's Wall, there were places where we could most definitely imagine this wall as the inspiration for "The Wall" in the Game of Thrones especially where it sits atop a steep, natural escarpment knows as The Whin Sill. 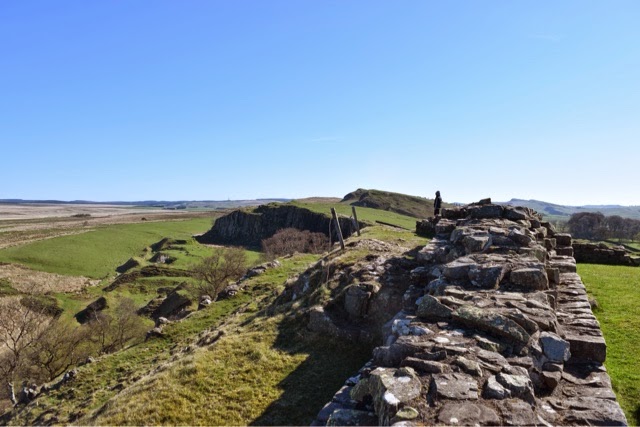 It is easy to understand why this is Great Britain's most popular tourist attraction and how this area has inspired many an author.. 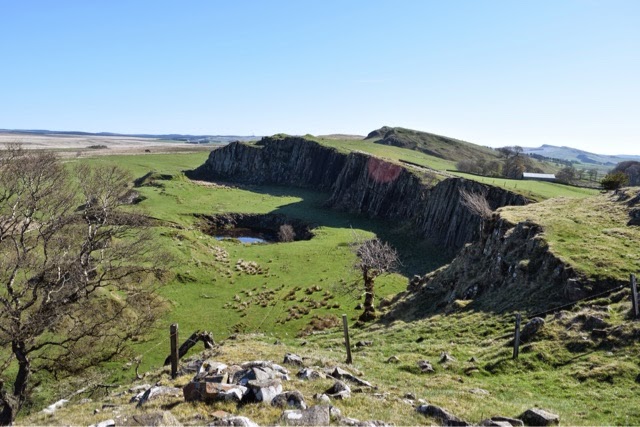