Our goal in staying near Atlanta this week was to visit the Georgia Aquarium - the largest aquarium in the world and the only place in the US where you can see a Whale shark and a Manta ray.
I was amazed to find they have not just one but three (3) whale sharks in the large aquarium. They aren't yet full grown and will get as large as a school bus. We saw Zebra sharks, huge Grouper, a massive sting ray, Sawfish, and oh so much more.
In addition to the world's largest aquarium tank, the Georgia Aquarium also has 4 touch tanks for sea anemone, bonnethead sharks, sting rays and the last with a diversity of shrimp, sea snails, sea urchins and starfish.
My three-year old daughter loved the Dolphin Tales show. The presence of the Beluga whales and the dolphins make this place a Sea World competitor to be sure.
The 4-D movie with Deepo, the Aquariums mascot, was a bit hokey but did a good job of conveying it's conservation message that we on land impact the ocean dramatically and that we should care what's going on in the deep blue sea. It was perhaps a little scary for a 3 year old though.

There is so much in this aquarium besides what I have already mentioned: otters, spider crabs, frogs, jellyfish, albino alligators, and electric eels are among them.  (This is only the second time I have ever seen electric eels; the first was at the New York Aquarium in Coney Island.)
This aquarium is pricy but worth it. I was surprised at the crowd present on a Wednesday - not uncomfortable but we certainly didn't feel like we had the place to ourselves. It is very well laid out so as to prevent bottle necks inside.

We arrived very near opening time and left near close. The traffic around the aquarium was horrendous; we were stuck on the same block for 30 minutes. Something to keep in mind for future visits. If you are considering a visit, keep in mind the cost. For a family of four, including parking, lunch in the cafe and a take home souvenir, plan on a $200 expenditure for the day.

Here are my favorite photos from our visit. 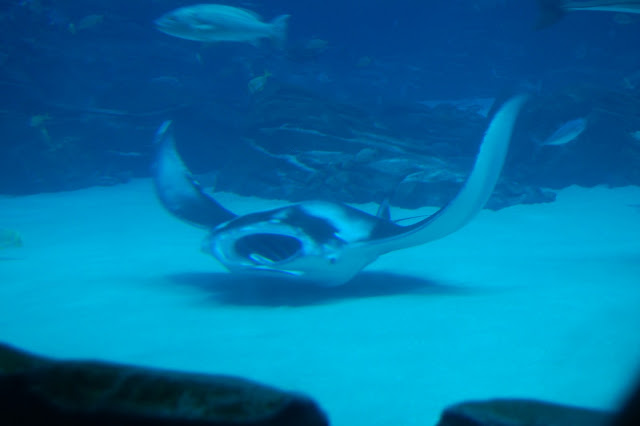 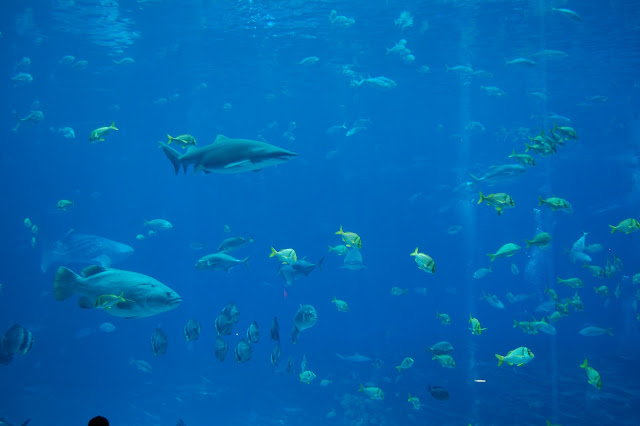 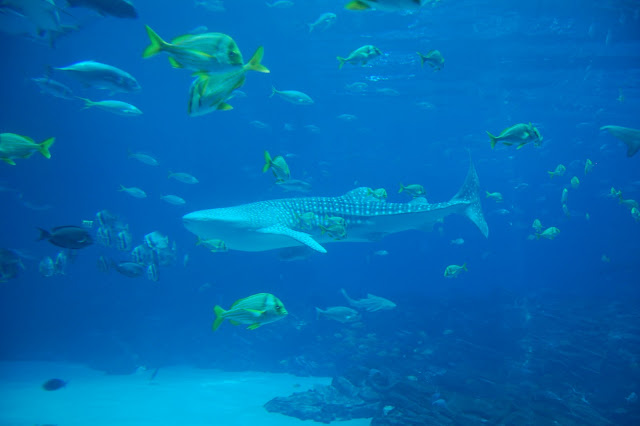 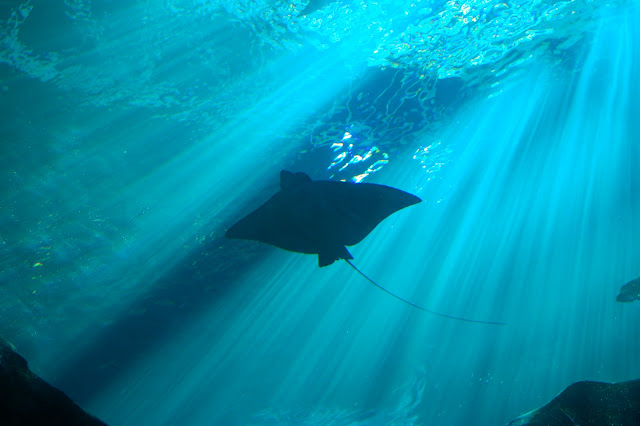 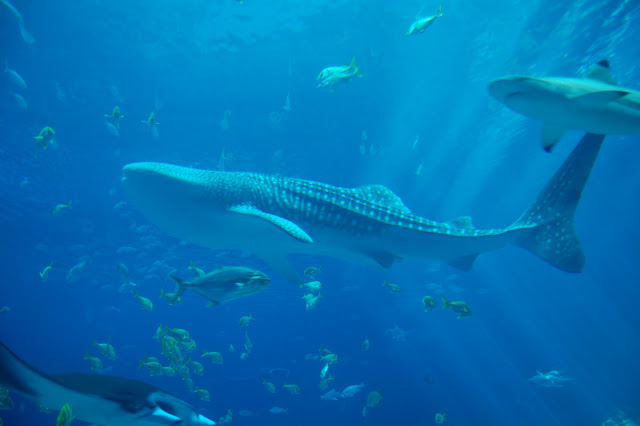 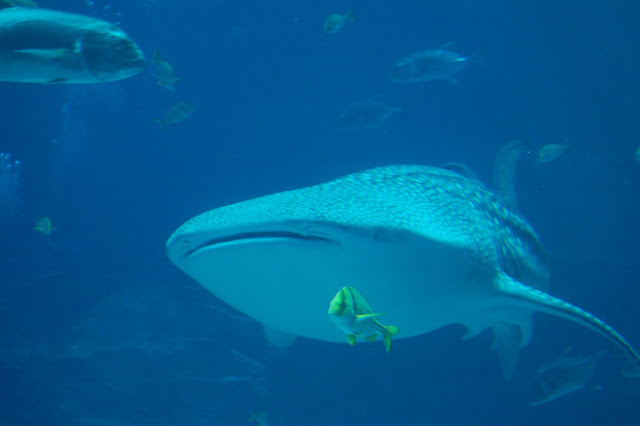 How amazing,so many sea creatures to see,a place I know I would love to go to,and I know Jonah and Elisabeth enjoyed their visit there. And yes from opening till closing it seems it would take to see all and enjoy what you paid for, Glad you all got to go there.