Sunday in The Park

Sunday, we managed to leave the apartment by 9:15 a.m. motivated by the fact that we were scheduled to meet friends by 10 a.m. at the Central Park Zoo.  We took a subway train that we have taken before, but we needed to make a transfer.  That went well, but when we got to our final stop one of the elevators to the surface was not operating so Kelly and I had to carry the double stroller up on the escalator.
We got to the zoo about the same time as our friends despite the hiccup with the elevator.  Jonah and Elisabeth were both excited to see Tristan and Cara again.  We all enjoyed a fairly laid back morning exploring the Central Park Zoo.  There was also separate petting zoo that the kids particularly enjoyed.  It had a few play elements that made for some great photo opportunities. 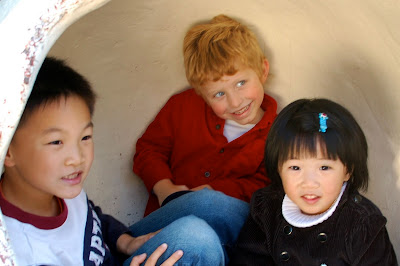 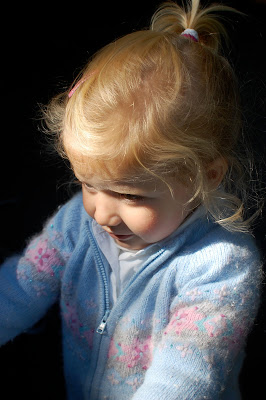 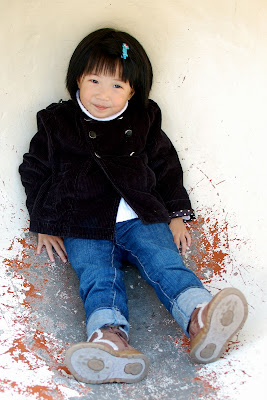 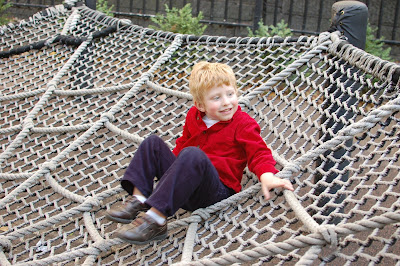 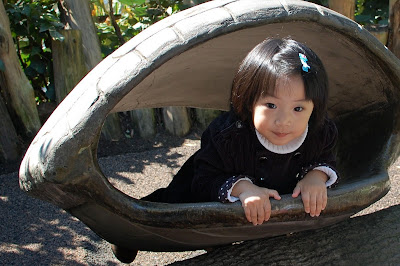 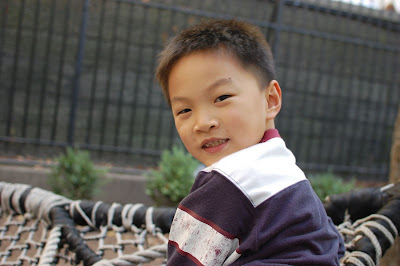 We left there and headed to an authentic Chinese restaurant that Paul and Cathy knew of a few blocks south.  The food is served family style and we ordered a selection of chicken, beef, fried rice, green beans, jellyfish, and these dumplings that had soup and meat inside (a.k.a Shanghai Soup Dumplings).  It was all very yummy! The Jellyfish wasn't bad either.  I love this picture of Cara and Elisabeth taken at the restaurant. 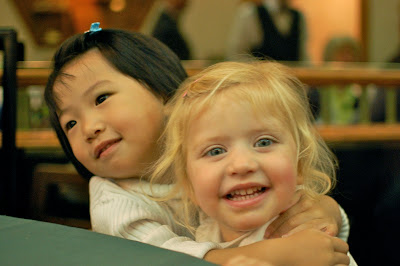 Then we set off for Central Park to look for a playground.  When we got to the park and I started to take pictures, I realized the battery on our nice camera was dead!  So I had to use my phone afterwards.  Which was a real bummer.  The park is beautiful and everywhere you look there are great things to take pictures of.  Every time we've been there, we've seen brides in their dresses getting formal pictures taken.      There was so much going on there that I think I'll wait and do a separate post on Central Park.
We finally made it to a playground and let the kids play for quite awhile.  Then we called it a day and went our separate ways.  When we got back to the apartment it was fairly early (7ish) so I took the kids to the park to swing for a few minutes while Kelly went to get a pizza.  Then we enjoyed a relaxing evening in.