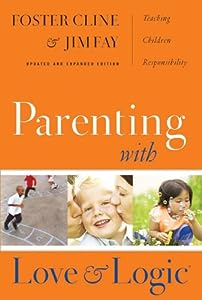 Cover via Amazon
So today is Friday a.k.a "move the car day."  Knowing the car needed to be moved, I planned to drive to the Brooklyn Children's Museum which was relatively close and there is easy parking, hoping we could spend a few hours and have a nice lunch.  Well, things just didn't turn out as planned....

The kids were all excited about going back to the museum, and as a result, were very rowdy.  I didn't have the GPS in the car and was using the mapping program on my phone to find the way.  Well, with all the distraction, I ended up putting the wrong destination in my phone which meant we went about 8 or 9 blocks further than we needed to - to the Brooklyn Children's Center instead of the Brooklyn Children's Museum.  I thought the cross streets didn't seem to be the same, but didn't put two and two together until it was too late - my synapses misfire when bombarded with shrieks and fighting in the back seat.  And, of course, Jonah starts saying, "I have to go pee....."  Which really gets my ire up, because I usually ask him to go potty before we leave the apartment.  To which he says he doesn't need to or doesn't want to.  And this morning, I just didn't ask, partly because I forgot to remind him and probably, subconsciously not wanting to argue about it.  Anyway, I keep telling him to hold it because we're almost there.  I finally backtrack and find the place and park and we all get out and sure enough he is soaked from the waist down.  Well, I am beyond exasperated because I have had to fight with him all week about wearing his shoes versus his sandals, putting on a jacket, going potty when a bathroom is available instead of when it's absolutely necessary, etc. This battle has been part of the reason I just haven't had the energy to do many big excursions this week, which frankly makes me even more frustrated.  Luckily Kelly bought a book called "Parenting with Love and Logic"and had the wherewithal to bring it on the trip.  I have only gotten through the first two or three chapters, but it helped me get through today feeling much more positive than I otherwise would have.  In so far, it suggests not making your child's problems your problems, letting them struggle and make mistakes, yet loving them and having compassion on them when they do mess up, because it is in the lessons they learn during those moments that they learn the most about life and how to be responsible.  Well this whole potty thing has definitely seemed like it has been completely "my" problem this whole trip and not his at all.  So here I am on the sidewalk looking at him, and I'm furiously trying to get past my exasperation, trying to keep my mouth shut, praying and thinking - trying to remember what I have read and apply it in this moment and make this a learning, positive experience.  So I tell Jonah that he can't go in the museum and play with peepee pants and I ask him what he thinks we should do.  He says, "Let's get some clothes out of the back of the car."  He knows mommy is often prepared for these kinds of issues - but not today.  I told him that we didn't have any clothes with us.  Then I said that we were just going to have to leave and go back to the apartment for clothes.  When he asked if we were going to come back, I said no.  Both kids started crying at that, but atleast his potty issues were becoming his problem.  I asked him what he thought he should do to prevent this from happening again, and smart guy that he is he said, "go peepee before we leave the house."  I responded by saying, "That's a great idea!" (Some things you just have to figure out yourself I guess.)

So I made it back to the neighborhood after witnessing some crazy driving along the way and seeing those darn shirts I want - inconveniently located.  The street sweepers were still at work on our street, so I parked a block away.

We went up to the apartment and Jonah changed clothes, and after yet another confrontation over shoes and jacket, we set off to find some lunch.  It was very blustery and cool out, but he didn't choose to wear or take his jacket (which I suggested) so he was cold on the walk to find lunch.  He kept wanting to go in just anywhere because he was cold, but denied this was the reason.  After perusing the menu on the door, I finally chose the Booklyn Public House and ordered a quesadilla and chips and salsa.  I thoroughly enjoyed it, and it helped my mood considerably to get some good food in my tummy.  Afterwards, we walked to our car and drove it around to park right in front of our building.  So the car can now stay put until we check out next Thursday (or not).

We went back up to the apartment and I decided to go to the laundromat again.  Let's just say, not having a washer/dryer to your immediate disposal is particularly challenging with a night wetter.  Also, this weekend will be cool and breezy and I wanted my sweater and all my jeans clean and available.  During the drying cycle,  I strolled the kids down the street a bit and we stopped in a couple of places to pass the time.  It actually was a bit nicer experience than the other night at the laundry mat.  We made it home for a couple of hours of down time before Kelly got home.  I fed the kids during that time and then we went out for some Thai food.

Now we're getting ready for our last weekend in the city......